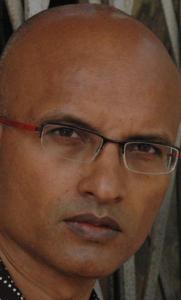 After the success of his debut novel Narcopolis (2012), poet Jeet Thayil has turned to songwriting. A part of the Sridhar-Thayil duo, he is also cutting an album with his six-piece band called ‘Still Dirty’, which would perform at the Zee Jaipur Literature Festival 2015 on Thursday. At the sidelines of the festival, Thayil spoke exclusively with dna about life after Narcopolis and why he is putting off writing another novel.

“There is also a novel in the offing,” he said. “I’d better not talk about it. The last time I talked about it, I jinxed it a little. That’s writing. Writers tend to be a suspicious bunch. Obsession, anxieties, rituals, appalling discoveries about your worst inner recesses, hopefully, served up with black humour. The kind of humour that doctors share.”