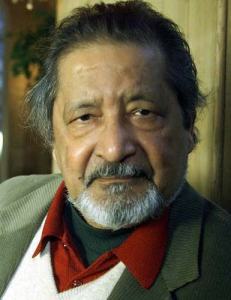 After Nobel Laureate VS Naipaul penned books on India with titles such as “An Area of Darkness” and “A Wounded Civilisation,” his mother asked him to leave India and write on other subjects, the Nobel Laureate said today.

The Indian-origin British author, who was born in Trinidad narrated what his mother had to say to him. “The only Hindi word my mother carried from India was ‘beta’ and she said ‘beta please leave India to the Indians’,” Mr Naipaul recalled during the ongoing Jaipur Literature Festival.

The 82-year-old wheelchair bound author has published 30 books over half a decade and that includes those on travel. “I came to India first because of curiosity about my ancestral land. My publisher had agreed to pay me an advance for anything I would write on India. Although it was a petty amount even then I felt at peace to get it. I didn’t know how to move in India but eventually I had to find my way,” he said.