Posted on July 29, 2019 by Mitali Chakravarty Leave a comment 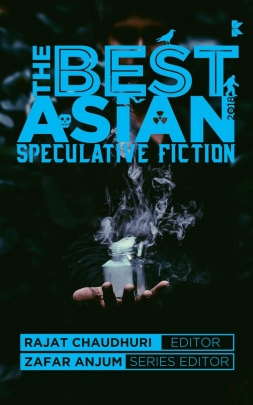 Little Fen’s funeral took place three days later. I walked woodenly among three dozen fellow villagers in a procession led by Widow Liu, accompanied by the sad tune of trumpet and suona horns. It was a cold spring day. The sun was shining without giving away much warmth.

It pained me to look at the mother of my deceased friend. A piece of white cloth tied around her head, like a bandage on a head injury. She was being supported on each side by a friend. Her grief had whitened her hair and aged her twenty years. And her thin form resembled that of a dried shrimp.

The funeral procession came to the village’s graveyard, which lay on a gentle slope of a mountain some twenty minutes’ walk from the village. Little Fen’s body was put to rest on the edge of it, next to a large plot with castor-oil plants. When the wind blew, millions of tiny castor seeds made disturbing noises. Black crows squawked, their cries echoing in the trees, like whimpers from those no longer able to speak.

In front of the earth tomb, Widow Liu laid out a bowl of red cooked pork, her daughter’s favourite dish and a bowl of rice, on which a pair of chopsticks were stuck, pointing to the heavens.

Kneeling in front of the fresh mount, the widow launched into crying chants, recalling how she had raised the girl single-handedly ever since the death of her husband sixteen years ago, and how she had sacrificed everything for her, and how she had been the only hope and light in her life. Although Widow Liu wasn’t the most popular woman in our village, her plaintive words brought pearls of tears to the eyes of the mourners.

After her cries subsided, the Shaman Master, clad in a black robe, took charge. A Shaman Master supposedly had the ability to communicate with the spirit world. Even though we were now in the middle of eighties and the Chinese Communist Party, all strong atheists, had been in power for almost thirty years, yet many people in our conservative mountain village were still very superstitious. They believed that when a person died young, his or her soul might remain in this earthly abode and become a “Restless Ghost” who would haunt others. Several elderly people of the village had, behind the back of the Party Secretary, raised funds to invite the Shaman Master, in order to release Little Fen’s soul from purgatory.

When the shaman idea had first been suggested to Widow Liu, some had worried that she might refuse. But after some hesitation, she had accepted. The poor woman! Misfortune had been following her like a shadow since birth. Hailing from a politically incorrect background— being the daughter of a rich landlord—she had tried extremely hard all her life to be revolutionary: cutting ties with her own father and responding enthusiastically to every political movement the Party had launched. During the Great Leap Forward, she had donated all the pots and pans in her house for the“Backyard Furnace”. Yet, despite being beautiful and capable, she had experienced difficulties in finding a husband and ended up marrying an old and sickly man. And now this new blow.

Presently, the Shaman Master lit up incenses and produced a bowl of clean water, and covered his face with a piece of black cloth, which instantly lent him an air of mystery. While unleashing a weird chanting, he started to move about, a mixture of dancing and drunken steps, an arm-length stick in hand.