Posted on February 7, 2016 by Zafar Anjum Leave a comment

Bloomberg View Asia Editor Nisid Hajari has recently clinched the Colby Award for his book “ Midnight’s Furies: The Deadly Legacy of India’s Partition” (read a review of the book here).

The award is given by Norwich University to a first-time author in recognition of a work that has made a major contribution to the understanding of military history, intelligence operations, or international affairs.

Posted on January 17, 2016 by Zafar Anjum Leave a comment

India’s Anuradha Roy has won the DSC Prize for South Asian Literature 2016 for her novel, Sleeping on Jupiter, which deals with the subject of violence against women.

At the Fairway Galle Literary Festival in Galle, about 130 km south of Colombo, Sri Lanka Prime Minister Ranil Wickremesinghe on Saturday presented her the prize, which carried a cash award of $50,000 and a trophy, according to a release.

Mark Tully, chair of the jury, said: “We chose Sleeping on Jupiter by Anuradha Roy because of its elegance, flair and readability. It raises many issues succinctly and with commendable economy of words.”

Other authors and novels in contention for this year’s prize were: Akhil Sharma (Family Life); K.R. Meera (Hangwoman) [translated by J. Devika]; Mirza Waheed (The Book of Gold Leaves), Neel Mukherjee (The Lives of Others) and Raj Kamal Jha (She Will Build Him A City).

Public to have greater say in art, literature awards: Xinhua

Posted on December 30, 2015 by Zafar Anjum Leave a comment

An official circular on reforming China’s art and literature awards said appraisals from ordinary people will be an important parameter.

The circular, made public by the general offices of the Communist Party of China (CPC) Central Committee and the State Council on Monday, said appraisals from the general public, artists and literati should be integrated with commercial indicators such as audience rating, box office and circulation. END_OF_DOCUMENT_TOKEN_TO_BE_REPLACED

Posted on November 28, 2015 by Zafar Anjum Leave a comment 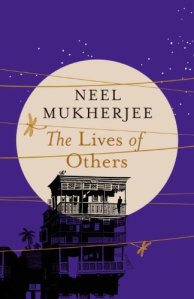 Penguin Random House has three titles shortlisted for the DSC Prize for South Asian Literature 2016 which reflects “the variety and vigour” of South Asian fiction writing and writing about South Asia.

In competition for the $50,000 (£33,000) prize are: R Meera for Hang Woman (Translated by J Devika; Penguin, India); Mirza Waheed for The Book of Gold Leaves (Viking/Penguin India); Neel Mukherjee for The Lives of Others (Vintage/Penguin Random House, UK), along with Akhil Sharma for Family Life (Faber & Faber, UK); Anuradha Roy for Sleeping on Jupiter (Hachette, India); and Raj Kamal Jha for She Will Build Him A City (Bloomsbury, India). END_OF_DOCUMENT_TOKEN_TO_BE_REPLACED

Posted on November 25, 2015 by Zafar Anjum Leave a comment

Writer Rohini Mohan’s ‘The Seasons of Trouble’ has won the Shakti Bhatt First Book Prize 2015. “The shortlist this year was diverse and spectacular, but we unanimously agreed to award the prize to Rohini Mohan,” said judge Samhita Arni, who, along with authors Mohammed Hanif and Krys Lee, chose the winner.

Posted on November 19, 2015 by Zafar Anjum Leave a comment 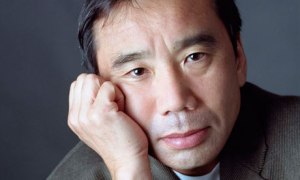 Novelist Haruki Murakami on Tuesday won the 2016 Hans Christian Andersen Literature Award, a prize in Denmark whose past laureates include J.K. Rowling and Salman Rushdie.

The award was founded in 2007, named after the well-known Danish children’s literature author. It is unrelated to the Hans Christian Andersen Award, another international recognition awarded to authors and illustrators of children’s books.

Winners of the 2015 Taiwan Literature Awards were unveiled Nov. 9 by the Tainan City-based National Museum of Taiwan Literature, which granted a total of NT$1.8 million (US$54,791) in prizes to five outstanding writers.

Singapore Anthology on The Art of Dying: Finalist at USA Best Book Awards

Posted on November 14, 2015 by Zafar Anjum Leave a comment

It’s a gilded tome of intimate, wrought writings – this anthology, titled Ars Moriendi: Writings on the Art of Dying. Published by Lien Foundation and Squircle Line Press, Ars Moriendi commemorates the 600th anniversary of the original Latin work, the first of its kind in western literature to provide guidance towards dying well. The anthology has been named a finalist – all finalists being of equal merit – under the Death & Dying category at the 2015 USA Best Book Awards. The editor of the book is Singapore poet-novelist Desmond Kon Zhicheng-Mingdé. Incidentally, Desmond’s novel, Singular Acts of Endearment, also placed as a finalist in two other categories, that of Multicultural Fiction and Visionary Fiction.

“I was elated when I was told my works got picked in three categories,” Desmond says. “It’s like a hat-trick, albeit it the near-miss of a win. It’s really an honour for the books to have made it this far in the awards selection, so I’m really grateful and appreciative. It’s a first mention for Ars Moriendi, so that really made my day. Also because it’s such a meaningful project.” END_OF_DOCUMENT_TOKEN_TO_BE_REPLACED

Posted on November 11, 2015 by Zafar Anjum Leave a comment

Recent international literary awards have shown the world a different side of China.

In 2012, Mo Yan won the Nobel Prize for literature and in August 2015 Liu Cixin won theHugo Award for his science novel The Three-Body Problem.

The latter has become so popular that the venue for his speech “The Future of ChinaThrough Chinese Science Fiction” at the University of Sydney on Nov 3 has had to be movedto a larger auditorium.

However, in China, literary awards have become the subject of an anti-corruption drive. END_OF_DOCUMENT_TOKEN_TO_BE_REPLACED

Posted on November 2, 2015 by Zafar Anjum Leave a comment