The Inheritance of Loss has a minimal plot. The narrative is set at the foot of Mount Kanchenjunga in the Himalayas. It is 1986 when the story opens with a robbery by young insurgents, who force their way into a retired judge’s decrepit colonial mansion and steal his hunting rifles in the presence of the judge, his seventeen-year-old granddaughter Sai, his cook, and his purebred dog Mutt. The narrative then weaves back and forth, offering the personal histories of the characters, and the political background to a growing discontent and insurgency of the Indian Nepalese youth, “ fed up with being treated like the minority in a place where they were the majority” (19). The Gorkhaland National Liberation Front (GNLF) is now seeking a separate Nepali state , and as acts of violence, and of police brutality mount, the lives of the non-Nepalis who have resided in the hills for decades take tragic twists, as they become unwanted outsiders, and prisoners of their own location.

END_OF_DOCUMENT_TOKEN_TO_BE_REPLACED

Three generations are braided through Hiroshima, the Partition and 9/11. Yet they are untouched by it all.

The New India Foundation invites applications for the ﬁfth round of the New India Fellowships. Open only to Indian nationals, these Fellowships will be awarded for a period of one year, and will carry a stipend of Rs 70,000 a month

Sarita Mandanna, a US-based Indian author, has created ripples in the publishing world as her “Tiger Hills” has received the largest advance Penguin India house has so far paid for a debut novel. 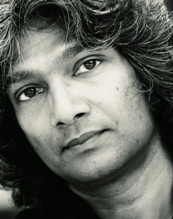 “I don’t know where my home is,” said Romesh Gunesekera, answering a question on being an   immigrant writer. “I think writers are one of the worst people to ask this question,” he added.

The well-known Sri Lanka-born novelist and poet, now living in London, was speaking at a gathering at the Asian Civilizations Museum’s auditorium yesterday evening. Captain Elmo Jayawardena, novelist, philanthropist, and a pilot with the Singapore Airlines, moderated the open discussion.

END_OF_DOCUMENT_TOKEN_TO_BE_REPLACED

Fame is a double-edged sword. One wrong move and the famed head is rolling on the ground.

And who would know it better than Kaavya Viswanathan?

This 19-year old Harvard sophomore shot to fame last year when her debut novel, How Opel Mehta Got Kissed, Got Wild and Got A Life was picked up by US-based publishers Little, Brown & Co. for a whopping USD 500,000 in a two book deal. On top of that, Kaavya got a movie deal from DreamWorks.

END_OF_DOCUMENT_TOKEN_TO_BE_REPLACED

In Woody Allen’s film, Bullets Over Broadway, Cheech (Chazz Palminteri), a gangster, takes over an under-production Broadway play (he was there to protect the third lead actress of the play, his boss’s keep), rewrites the dialogues and the scenes, makes it a highly successful drama in public and eventually, makes the poor playwright realize that he has no talent to be in the business of creativity. The gangster, who came from the streets, was more creative than the writer who came from the university!

Something like this is happening in India now. A former mafia don, Babloo Srivastava who is based in India, is making his literary debut, and if the Indian media is to be believed, is making quite a splash about it. Babloo once worked with notorious mafia don, Dawood Ibrahim. Now he is turning a new leaf—he is becoming a writer.

END_OF_DOCUMENT_TOKEN_TO_BE_REPLACED

Singapore is doing its best to promote reading and writing in the city state. The recently concluded Singapore Writers Festival 2005 (held once in two years) was a remarkable success that offered 80 events by 63 writers over a period of ten days.

But literary festivals alone do not inform a vibrant writing culture. Publishing of local talent is also an impotant factor. In terms of local publishing, very few local titles are published in Singapore. According to one report, Marshall Cavendish, Singapore’s largest book publisher, does not publish more than two to six local books a year. Other major publishers promoting local writing such as Ethos and Landmark Books are now more focused on publishing general and reference books that have guaranteed sales. Publisher SNP, which used to sponsor the Singapore Literature Prize of the National Book Development Council of Singapore, has also reportedly scrapped its local fiction list.

END_OF_DOCUMENT_TOKEN_TO_BE_REPLACED

Personally, I have always been a fan of short stories. I like my Carver and Chekhov better than Hemingway and Updike but no doubt all of them are oh so good.

There is no special enmity towards novels though. Mark it down to my laziness and short attention span. Big, fat novels scare me. So, I am always drawn to short stories. But in the last few years, a writer was not supposed to have made it unless he had done a couple of novels before his short stories could be taken seriously, even though veterans like Naipaul had declared the form (novel) to be dead.

END_OF_DOCUMENT_TOKEN_TO_BE_REPLACED

Folks, Kitaab is moving to this place soon! Reason? It will be easier for me to manage it […]