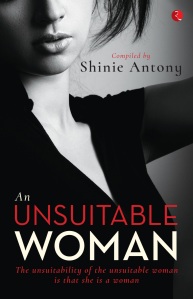 So, what have you decided?’

Directly above her is a scarlet minivet; he is a striking bird, with his scarlet and black plumage, and is sitting patiently, as if presenting himself to her. She tries to find the best angle for the picture. The branches of the tree are bare—it is almost winter—and the bird is flamboyant against the stark skeleton.

‘Are you going to answer?’

Her foot snags on a jutting root as she presses on the button and the bird flies away, casually, as if judging that enough time has been given and now he must move on.

On the viewing screen, she is left with a red blur, the exact colour and ferocity of anger. His voice is tinged with that colour, now, and every so often.

Beyond the small waterhole, a scarlet flash in a jackfruit tree.

She makes her way swiftly to the foot of the tree. The bird is perched, motionless, above her, his long tail balancing him just so. She raises her head, peering through the viewfinder trying to position the bird.

Warm breath against her neck. ‘What the hell do you think you are playing at?’ He tugs at her shoulder; she loses her balance and throws an arm out, gripping the tree trunk. The bird flies away soundlessly.

‘Listen, you have to decide one way or the other.’ His voice is now jagged with fury.

She is keeping him from the cricket match on TV; even on a holiday, in the middle of the forest, he remains glued to the screen. But he too is keeping her from her birds. Her jaw assumes a stubborn set. She thinks of all the times he has remained wedded to the television: when she lay ill in bed with dengue fever, shivering and frightened; when she walked their newborn son to sleep at night, frantic with pain from the C-section incision and worry; when she wanted to watch the birds on a late night programme.

‘Excuse me,’ she says and pushes past him, to the steps at the base of the small hill. She runs up the steps easily. He follows—she can hear him cursing—as he pants his way up slowly.

At the top of the hill is a small pelt of thick woodland. Tall silk cotton trees rise into the cloudless sky. A bulbul, a red-whiskered one, sits on a lower branch, so fat it is almost like a small ball. She smiles at the sight. This has been a good idea after all. Her mother had urged them to come away for the weekend. ‘I will take care of Neil,’ she had said. ‘Go sortout things with him. Divorce is not a solution.’

Divorce. The word terrifies her mother. In the beginning, she too had been afraid. How would she bring up a fatherless child? He had been confident, cocky almost. ‘You will never manage without me.’

Would she manage? She does not know. But she is less afraid of the word now. She has carried it with her for a long time; it has grown familiar and no longer possesses the menace it once did.

She pushes deeper into the forest. It is dim here, even in the daytime. The path is narrow and uneven; she has to be careful, she has to watch her step. It is deceptively silent here. She knows there are eyes watching her, although she cannot see anything.

He is behind her. Stumbling and swearing. She feels a frisson of anger.

‘He is not bad, darling,’ her mother always said. Not bad, but that did not mean good.

Her mother had gone on. ‘He has never been cruel to you.’ By that, her mother meant he had never hit her. But cruelty comes in all shapes and colours and sizes. She thinks of how he often looks at her, a look so blank it chills her heart.

Her son needs a father. She realizes that. Divorce really is not an option. Only an idea she toys with to pretend she has a way out.

A cuckoo calls out from above. She looks up in delight. The bulky bird sits half-hidden behind the leaves of a tree. Then, from the corner of her eye, she sees the flash of a red tail. The minivet. It has followed her here.

He is almost at her shoulder when she looks up and raises her arms to point the camera. If, this time, he asks her, she will tell him she has decided against leaving him.

She looks into the viewfinder. The scarlet bird is sitting patiently, framed against the dark leaves of the tree. She almost presses down with her finger when there is a movement. A yellow and black bird has appeared and settled down gently next to the red bird. It is the female minivet! The male leans in towards his mate and she nuzzles him and draws closer.

Unexpectedly, she is desolate. Her chest tightens. She lowers the camera and turns to face her husband, the father of her child.