Tag Archives: To Rise Against At A Decent Hour

Man Booker prize 2016: Paul Beatty’s win and what is means for writers 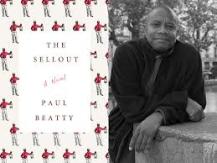 The Man Booker Prize is considered to be one of the most-coveted literary awards for British and post-colonial novels (from countries that gained independence from Britain in the 19th and 20th centuries). But after a rule change in 2014, Britain’s richest writing prize now allows authors of any nationality to be eligible for the award. On October 25, Paul Beatty became the first American to be awarded the Booker for his satirical novel, The Sellout.

In fact, last year, US author Joshua Ferris’s To Rise Against At A Decent Hour was also on the list. However, closer home, Anuradha Roy’s Sleeping on Jupiter missed the shortlist this year. Here, we speak to several authors about the broadening of the prize and its impact on a global audience. Read more