The Nothing by Hanif Kureishi, book review: Bombastic theatrical style over substance 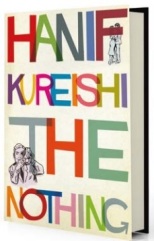 A Hanif Kureishi novel with an elderly, incapacitated and impotent protagonist, there’s something I never thought I’d read, but here he is. Waldo was a once celebrated film director, who used to run with the great and the good, his now defunct study a shrine to his illustrious life and career: Baftas, “birthday cards from Bowie and Iman,” a photo with Joe Strummer. Vanished is his “fuckability,” that “ass you’d pay to bite”; these days he’s not so much a shell of the man he once was, but rather the bloated carcass. Obese, weak and riddled with illness – “diabetes, prostate cancer, an ulcer, early MS, constipation, diarrhea and only one good hip, a cough, phobias, addictions, obsessions and hypochondria” – he’s bed- or wheelchair-bound: Rear Window’s L. B. Jefferies played by a late career Marlon Brando.

Spying on his neighbours passes the time – “I sit here like a large fly at the windowpane, investigating fantastic lands across the way” – but the object of his obsession is his wife, Zee. She’s twenty-two years younger, and the only woman he’s ever truly loved, the “one whose body I enjoyed more than any other,” (including those “magical fucks” of his LSD-tinged, California commune days with the “live-in lesbians”). Now, however, Waldo suspects she’s making a cuckold of him with his sort-of friend Eddie: a freeloading throwback from old Soho, a “dirty-minded raconteur” who’s a sucker for celebrities, “his voice smoky with public-school corruption and changing-room decadence.” Read more

tagged with Book Review, Hanif Kureishi, Pakistani writer, The Nothing