Sofia Mariah Ma’s story is set in an Indonesian coastal community praised for ‘fiercely universal’ themes of love, family, of threats to our environment 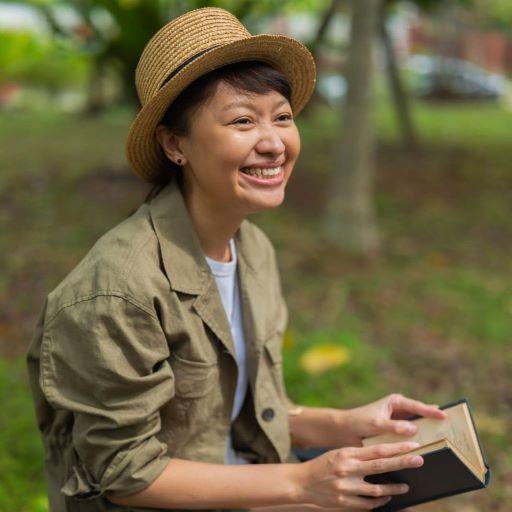 The Commonwealth Foundation announced the regional winners of the world’s most global literary prize last week.

Singaporean author Sofia Mariah Ma has won the 2022 Commonwealth Short Story Prize (Asia).  The 37-year-old beat off competition from a strong field of shortlisted entrants including Sophia Khan from Pakistan and Indian writers Sagnik Datta, Gitanjali Joshua, and Pritika Rao. She will go through to the final round of judging and the overall winner will be announced on 21 June.

In the winning story, ‘The Last Diver on Earth’  set in a climate-ravaged future, a young freediver retraces her mother’s final dive off the coast of the Lesser Sunda Islands to uncover the cause of her death.  Although Marli had taught her daughter the art of freediving she never wanted her daughter to follow in her footsteps. But now, as one of the few freedivers still alive in the world, it’s only Rumi who can find out what happened to Marli – and why.

The judge representing the Asia region, Indian writer Jahnavi Barua, says, ‘The Last Diver on Earth’ is a story that had me thinking about it long after I finished reading it. Set in a coastal community of Indonesia and rooted very deeply in the locals, the issues explored – of love, family, of threats to our environment – are nevertheless fiercely universal. This remarkable story is set in the future but it feels as if it could be set in the present time, a testimony to the skill of the writer.  The language is lyrical and immensely evocative; from the first scene, I felt as if I was at the center of the narrative, swimming in the depths of the mysterious ocean alongside the protagonist. As the story explores the bond between mother and child – the mother is dead and we watch the child mourning this great loss – it also simultaneously excavates the enormous threat our planet faces as our environment is relentlessly plundered. Without losing tension until the very end, the author manages to hold our attention and focus our gaze on this urgent need of the hour: the need to do something for our dying planet. A story that is disturbing but oddly satisfying at the same time, ‘The Last Diver on Earth’ tells an important tale.’

Chair of the Judges, Guyanese writer Fred D’Aguiar comments, ‘This year’s regional winners offer a cornucopia of riches for readers globally from sources located around the world. These stories testify to the varied tones of fiction, from the oblique to the direct reference, with moments of character illumination to those associated with an imperiled planet. If a reader harboured any doubt about whether fiction is relevant to today’s world these stories answer with a riposte that resonates beyond a resounding ‘yes.’  These stories fulfill a higher function as exemplars of the short story form: vibrant, memorable, and indispensable.’

Describing the background to the story Sofia Mariah Ma says ‘I was affected by recent news reports of unusually severe floods happening across Asia… I also wanted to tell the stories of death and displacement of ordinary people experiencing these extreme conditions, and so, ‘The Last Diver on Earth’ was born.’

Commenting on her win she adds, ‘In these trying times when division and conflict seem direr than ever, spaces, where we can strive for unity, seem too few and far between. Fortunately, the Commonwealth resembles one such community, and the Commonwealth Short Story Prize is one of its champions. Coming from a small island nation, it is a great honour to have my story chosen to speak on behalf of the stunningly diverse, polyphonic Asian region, and by such an outstanding and exacting panel of judges, no less. In my story, I envision a future that has only managed to skim the surface of possible climate change solutions. Yet humanity does not dare lose hope. Today, as we further endeavour to overcome the various climate challenges that come our way, I hope that even the quietest, smallest voices can be heard so as to protect the future of all our children.’

The Commonwealth Short Story Prize, which is administered by the Commonwealth Foundation, is awarded annually for the best piece of unpublished short fiction from any of the Commonwealth’s 54 Member States. It is the most accessible and international of all writing competitions: in addition to English, entries can be submitted in Bengali, Chinese, Creole, French, Greek, Malay, Portuguese, Samoan, Swahili, Tamil, and Turkish.

The full list of regional winners is as follows:

The five regional winners’ stories will be published online by the literary magazine Granta, ahead of the announcement of the overall winner.

Granta’s MD and Deputy Editor Luke Neima says, ‘The Commonwealth Short Story Prize is a leading light in the discovery and promotion of literary excellence from across the world, providing a forum for aspiring talent that, year after year, showcases stories of singular depth and range. The stories that have been selected for this year’s shortlist delight, surprise, and bring vividly to life the cultural richness and diversity of the Commonwealth. It is a great pleasure to be able to feature the regional winners once again on Granta.com’

The 2022 overall winner will be announced in an online ceremony at 1 pm, Tuesday 21 June, and at a special event as part of the Commonwealth People’s Forum in Kigali, Rwanda.

Sofia Mariah Ma is a Singaporean writer. She recently placed second in the 2021 Golden Point Award and published her short story in the cli-fi anthology, And Lately, the Sun. She holds an MA in English Literature, examining the works of Kazuo Ishiguro and his experimentations with the genre. Currently, she is working on a young adult novel inspired by her Javanese origins.

Jahnavi Barua is an Indian writer based in Bangalore. Next Door (Penguin India 2008), her debut collection of short stories, was longlisted for the Frank O’Connor International Short Story Award. Her next, novel called Rebirth (Penguin India 2010) was shortlisted for the Man Asian International Literary Prize and the Commonwealth Book Prize. The third, Undertow, a novel, was published by Penguin Random House India (Viking Books) in February 2020 and longlisted for the JCB Prize for Literature. She was born in Guwahati and raised between Assam, Meghalaya, Delhi, and Manchester.

About the Commonwealth Short Story Prize

The Commonwealth Short Story Prize is administered by the Commonwealth Foundation. The prize is awarded for the best piece of unpublished short fiction (2000-5000 words). Regional winners receive £2,500 GBP and the overall winner receives £5,000 GBP. Short stories translated into English from other languages are also eligible.

About the Commonwealth Foundation

The Commonwealth Foundation is an intergovernmental organisation established by Member States of the Commonwealth. The Foundation works to support civil society engagement in shaping the policies and decisions that affect people’s lives. Its cultural programming is founded on the belief that well-told stories can help people make sense of events and take action to bring about change. The Foundation works with local and international partners to identify and deliver a wide range of cultural projects and platforms, including adda, an online magazine of new writing.

Namrata is a published author who enjoys writing stories and think pieces on travel, relationships, and gender. She is a UEA alumnus and has studied travel writing at the University of Sydney.

She is also an independent editor and a book reviewer. Her writings can be found on various sites and magazines like the Asian Review of Books, Contemporary South Asia Journal of King’s College-London, Mad in Asia, The Friday Times, Daily Star, The Scroll, Feminism in India, The Brown Orient Journal, Inkspire Journal, Moonlight Journal, The Same, Chronic Pain India and Cafe Dissensus.

Her short stories have been a part of various anthologies . She has also published two short story collections of her own along with two solo titles as well. She is currently working on her debut novel. She loves travelling the length and breadth of the world and enjoys capturing the magic of life in her words. She is always in pursuit of a new country and a new story.

You may have missed