Book Review: The Bengalis: A Portrait of a Community by Sudeep Chakravarti

Posted on April 3, 2018 by Sucharita Dutta-Asane Leave a comment 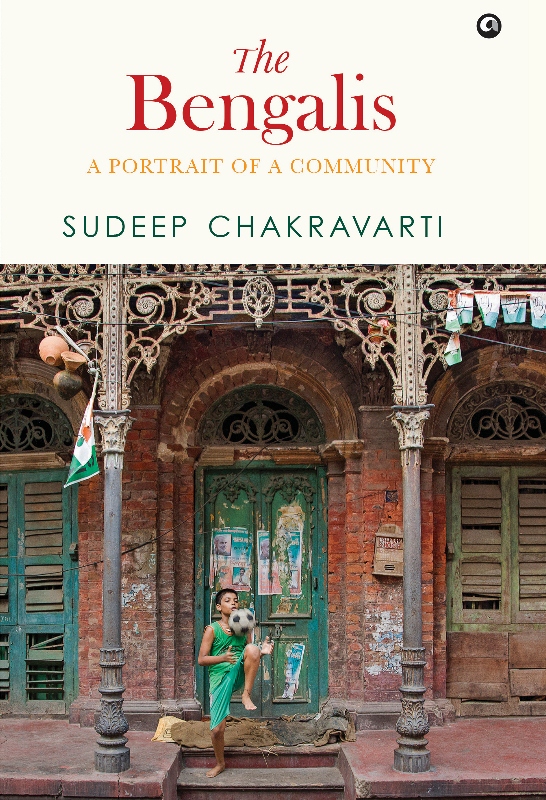 ‘Ergo, no matter who you listen to, we are pretty much mongrel.’

That little sentence in page 43 of Sudeep Chakravarti’s vade mecum, The Bengalis: A Portrait of a Community, floats up with a beastly smirk. Unless of course, you have done your job as a reader and read it not out of context, but as part of the whole subject, including the weighty preceding pages.

Still, for argument’s sake, were you to disbelieve the mongrel bit, or dismiss it as self-deprecation, you would do an injustice to the community. Yes, you read that correctly, and Chakravarti provides carefully compiled data on the origins of the Bengali race to prove it.

Being a mixed breed is nothing to be ashamed of, as long as you are not mixed up, which is not a compliment one can pay to the so-called pure bloodlines, whatever that is, if at all such things exist. Besides, further up the book one comes upon this beautiful explanation of what it means to be a Bengali mongrel:

‘Our so-called purity is rooted in mongrelisation. It has taken us a long journey to arrive where we have, with our distinct streams of culture, distinctive sub-languages and dialects with a unifying super-language that is itself mongrel.

‘It is through our openness to the world and cultures other than our own, that we have evolved our Bengaliness that is so distinctive, so unique. It’s what makes us enduring, indolent, insular, outgoing, endearing, adventurous, gypsy-like, nesting, sentimental, adaptive, rebellious, questioning, accepting, and infuriating in turn – or all at once. To be anything else would probably be so very boring’ (chapter 13, page 315).

Perhaps after reading the book, some ill-informed not-Bengalis will call out ‘Mongrel Bengali’ instead of the earlier taunt of ‘Bhookha Bengali!’ Then again, those who wish to insult will always find some term or epithet suitable enough, however misguided. Bengalis ought to take the higher ground, because we know who we are and do not need to explain ourselves. So, why do we need a book about ourselves at all?