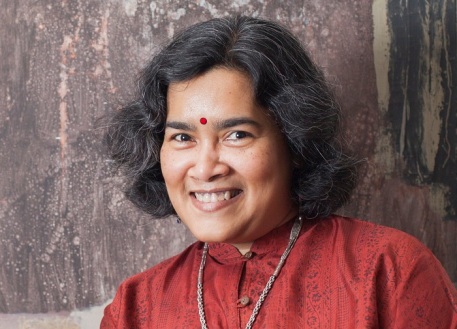 I write in order to save my (admittedly fragile) sanity! Otherwise the voices in my head would drive me crazy…

My most recent project was a short story written from two points of view — that of a Filipino man and a Sri Lankan woman. I was interested in finding out what it would be like to write a story with characters that I didn’t particularly like, and to use contrasting perspectives on the same set of events to tell a third story — one that was different from both versions offered by the protagonists.

I’m not sure I have a writing aesthetic as such, because I enjoy good writing in many forms. But I do have a soft spot for humour and wordplay, a clever turn of phrase.

I have so many! But my favourites include Chimamanda Ngozi Adichie, Alan Paton, Elif Shafak and J. K. Rowling.

The most challenging piece for me so far has been my short story Judgment Day, which was awarded in the Commonwealth Short Story Competition 2010, because it was my first — and so far, only — attempt to write science fiction. The story is told in the voice of a female robotics scientist living in 2250, and examines how human relationships change as a result of technology, and what remains familiar to those of us living in the 21st century. To make matters worse, the story originally had to be written within a word limit of 500 words, and it was one of my earliest experiences with flash fiction!

My idea of bliss involves solitude, a good book, and a box of Belgian pralines that includes some dark chocolate offerings.

Injustice and cruelty in any form: many of the social and political issues of today which we are struggling with at the individual and global level — the plight of civilians in conflicts such as the wars in Syria and Iraq, the treatment of the refugees arriving in Europe, the situation in Palestine; and closer to home, the everyday instances of cruelty to children, and the abuse of power dynamics created by poverty and inequality.

That’s a tough question! I think I would take fiction omnibuses or new novels by my favourite authors, as well as a couple of interesting autobiographies.

Something old and something new: my laptop, my Kindle and my signed first edition copy of George Bernard Shaw’s plays.

Be kind and be honest, because the world could use more of both – and if the two are ever in conflict, tell the truth as gently as you can; above all, always be true to yourself.

Farah Ghuznavi is a Bangladeshi writer, journalist and translator. A collection of her stories Fragments of Riversong was published in 2013.  Formerly, she was editor of  the Lifelines anthology published in India. Her work has appeared across literary magazines in US, UK, Singapore and Bangladesh.