Posted on July 21, 2019 by Mitali Chakravarty Leave a comment 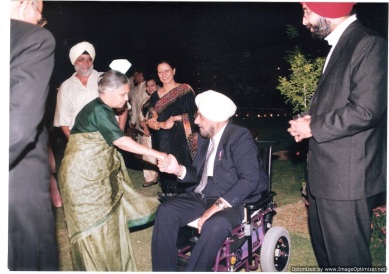 Sheila Dikshit died at eighty one, mourned by hundreds of people all over the world.

While all the world knows of her as the longest serving Chief Minister of Delhi and a loyal Congress worker, did you know she has also authored a book which she published in 2018, called Citizen Delhi- My Times, My Life?

The book summary tells us: ”Interestingly, she never wanted to be in politics, but destiny willed otherwise – a destiny shaped by her liberal upbringing in a Punjabi household. Brought up to be independent, she chose her life partner from another part of India. And that started it all.

As the wife of an IAS officer and daughter-in-law of well-known freedom fighter and politician, Uma Shankar Dikshit, with his long association with the Nehru–Gandhi family, she saw governance from both ends. When she began assisting her father-in-law from 1969, her up-close view of politics eventually became a springboard for her own entry into the arena in December 1984, inaugurating a 30-year-long career in politics. The narrative foregrounds a question that the author considers crucial for democracy – how does one deal with the constant tussle between the dictates of governance and the here-and-now preoccupations of party politics?”

Read excerpts from her autobiography by clicking here.