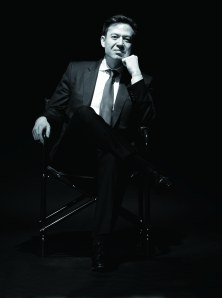 Duncan Jepson is the award-winning director of five feature films. He also produced documentaries for Discovery Channel Asia and National Geographic Channel. He was the editor of the Asia-based fashion magazine West East and a founder and managing editor of Asia Literary Review. Along with his wife, Charmaine Li, he runs the TV production company, Tiberius. He is a social commentator on Asia and regularly writes for The New York Times, Publishing Perspectives and South China Morning Post. A lawyer by profession, he lives in Hong Kong.

His first novel, All the Flowers in Shanghai was a bestseller. He also co-storied the graphic novel, Darkness Outside the Night with Xie Peng and is currently writing a crime series due to be published by Quercus. The first title, Emperors Once More, is coming out in March this year.

In this interview with Kitaab, Jepson talks about his love for writing and the two novels that he has authored so far.