“It’s easy to be seduced by a story, to be persuaded that what you are hearing is true.”- Avni Doshi

Rituparna Mahapatra in conversation with Avni Doshi talking about her journey, the writing process and the future plans.

The first sentence came to me as a revelation, within it was the shape of the whole story. I wanted to begin with something powerful!

Not many can claim their debut novels to make it to the list of the World’s most prestigious literary awards. Dubai based Indian novelist Avni Doshi has done that; her debut novel ‘Burnt Sugar’ has been long-listed for the 2020 Booker prize. The novel made it to the ‘Booker Dozen’ after judges assessed 162 novels, published in the UK  or Ireland between October2019 and September 2020.

‘Burnt Sugar’  was earlier released in India under the title ‘Girl in White Cotton‘ to critical acclaim. The judges at the Booker panel called it an “‘utterly compelling read’ that examines a complex and unusual mother- daughter relationship with honest , unflinching realism” it is “emotionally wrenching but also cathartic, written with poignancy and memorability”.

END_OF_DOCUMENT_TOKEN_TO_BE_REPLACED

India: Why Anuja Chauhan moved from HarperCollins after eight years and three bestsellers

Writer of commercial fiction Anuja Chauhan is said to have been offered a 6 figure dollar deal (Rs. 65 lakh in Indian rupees). 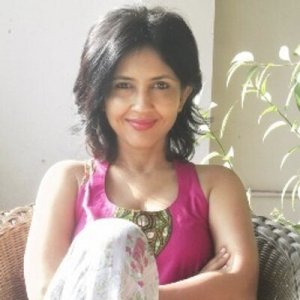 Bestselling author Anuja Chauhan’s decision to move on from HarperCollins Publishers India, the publishing house she started her writing career with, to Westland, has surprised, if not shocked, the publishing world. All her three books ‒ The Zoya Factor (2008), Battle for Bittora: The Story of India’s Most Passionate Lok Sabha Contest (2010), and Those Pricey Thakur Girls (2013)  ‒ have been so far published by HarperCollins.

Chauhan will now publish her new book, The House that BJ Built, a sequel to Those Pricey Thakur Girls, with Westland, which has promised her more numbers, more publicity, more everything. Apparently, the negotiations have been going on for six long months. Chauhan’s earlier books will remain with to HarperCollins. END_OF_DOCUMENT_TOKEN_TO_BE_REPLACED