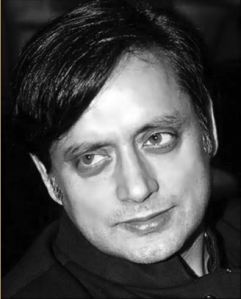 Unlike many Indian writers, Dr. Shashi Tharoor needs no introduction. India has not produced many charming, suave and articulate writer-politicians like him. He served as the Under-Secretary-General of the United Nations for 29 years, and thereafter joined the rough and rumble of Indian politics. He was a former Minister of State for External Affairs in the Government of India and currently serves as a Member of Parliament from the Thiruvananthapuram constituency in the Indian state of Kerala. His latest book is India Shastra: Reflections on the Nation in our Time, a collection of 100 essays on contemporary India and events from its recent history that have contributed to its present state of affairs in the political, social, economic, cultural and communal arenas.

India Shastra is a collection of 100 essays written by you over several years. Being an active politician, how do you find time to write essays? Is disciple crucial for you as a writer?

Dr. Shashi Tharoor: Discipline is crucial for any productive activity, but in my case it really has been a question of finding time despite my best efforts! I won’t deny that I have some experience in getting 24 hours out of every day, since all my books were written alongside demanding, full-time professional life as well, first at the United Nations and now in the service of the people of Thiruvananthapuram who have given me a renewed mandate as their Member of Parliament. I must confess it is easier to write essays — and at the next level, publishable non-fiction– than it is to write fiction. With the former, once I know what I want to convey, it is merely a question of sitting down and articulating it in so many words. If I am interrupted by my other work while writing, I can always go back to the essay, pick up the threads and finish the argument. With fiction, on the other hand, one has to weave a world of the imagination and an alternate reality, to which even a minor distraction could do damage, as a testament to which you will find numerous unfinished drafts of novels I had to discard not just because of lack of time but more due to the frequent interruptions that shattered my fictional worlds. That is why my works of fiction have been fewer than my non-fiction books, though I am now planning to sacrifice a couple more hours of sleep and determined to bring to life a novel that has been in the making in my mind for some time now.

END_OF_DOCUMENT_TOKEN_TO_BE_REPLACED

An extensive collection of 100 essays, India Shastra makes for discerning reading, and offers much food for thought on contemporary India and events from its recent history that have contributed to its present state of affairs in the political, social, economic, cultural and communal arenas, writes Monica Arora.

As a public figure and an eminent politician, Dr Shashi Tharoor has carved a unique niche for himself in public perception and media, owing to his several “trysts with destiny”–of both favourable and unfavourable hues–on social media platforms as well as in real life. Truth, it is said, is sometimes stranger than fiction; and who could be a better example of having lead such a chequered life amidst harsh scrutiny and comments–some warranted and some unwarranted– from all quarters of socio-political arenas and platforms?

What can be said undeniably of this extremely charming, suave and articulate writer-politician with a large body of experience–he was the Under-Secretary-General of the United Nations, which he served for 29 years, he was a former Minister of State for External Affairs in the Government of India; currently he has been re-elected as a Member of Parliament from the Thiruvananthapuram constituency, and chairs the Parliamentary Standing Committee on External Affairs–is that he is a very insightful writer and an author par excellence. His astute sense of perception, and his understanding of both the micro-level of Indian politics at the grassroots as well as the holistic picture at the macro-level, is evident from his latest book India Shastra: Reflections on the Nation in our Time. An extensive collection of 100 essays, it makes for discerning reading, and offers much food for thought on contemporary India and events from its recent history that have contributed to its present state of affairs in the political, social, economic, cultural and communal arenas.