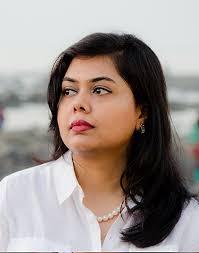 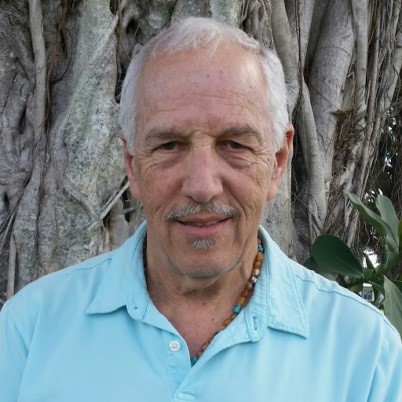 16th December 2017 came and went. With barely a murmured remembrance. That’s five whole years since Nirbhaya, the name this brave girl, Jyoti Singh Pandey, was hailed by, the one who fought her attackers and then fought to survive in hospital. Ultimately she could not overcome her grievous injuries. So what happened? Why are we still not enraged? Have we slipped into our usual drugged sleep of forgetfulness?

Sometimes protest becomes still. We lose heart and start to despair. I like to believe that it is during times of stillness that protest gathers steam. During that still period, we need poetry. The poetry of protest. That is why I dare to visualise Veils Halos & Shackles in the hands of not just random or selective readers but anyone who wishes to become more conscious across societies, across the world. Even those who are not diehard fans of poetry; yes, even them. I visualise this book as reading material in classrooms, and not just for literature or liberal arts students. It is no longer enough to be outraged by newspaper and television reports. Poetry must outrage us. Oppression fears poetry. The winds of change feed on poetry. Hence the need for Veils Halos & Shackles: International Poetry on the Oppression and Empowerment of Women, edited by Charles Ades Fishman and Smita Sahay, published by Kasva Press, 2016.

Here we get behind the scenes regarding the making of this volume and also try to get an understanding of what the editors – Smita Sahay and Charles Fishman – experienced.

Shikhandin: Tell us about the beginning, that little seedling from which this book grew, apart from the accounts of the horrific crimes that sowed the original seed. And why the name/inspiration behind it – Veils, Halos & Shackles?

Charles Fishman: Thank you for this opening question, Shikhandin, and for the others that follow. I’m delighted that Smita has agreed to respond to your questions, whenever possible; wrestling with complex issues effectively and persuasively is one of her many gifts as a poet and thinker.

Smita Sahay: Charles and I were in conversation about his last book of poetry, In the Path of Lightning, and I found sanity in his justice-demanding yet hope-and-love-filled verses in the days after Jyoti Singh Pandey was assaulted and later passed away. There was no way to come to terms with what had happened and I was mute within my fury and grief. The violence with which Jyoti’s life had been snuffed out had left Charles, thousands of miles away from India, as horrified. As we tried to find comfort in each other’s emails, our intent to give artistic expression to this fury led us to conceptualise Veils, Halos & Shackles. We first contemplated co-writing a book, but then we were convinced that there were multiple voices that needed to be united and decided to go ahead with an Indo-American anthology. This initial version of the anthology grew organically into the international volume of Veils, Halos & Shackles that eventually came out, and this expansion is proof that sexual violence is more universal than we admit, that survivors are caged unspeakably within their own suffering and that uniting in the face of sexual violence is possibly the only way to fight it.

END_OF_DOCUMENT_TOKEN_TO_BE_REPLACED

Five years ago, in January 2013, Charles Ades Fishman and Smita Sahay conceived of Veils, Halos & Shackles, dedicated to ‘Jyoti Singh Pandey, Nadia Anjuman and the uncountable number of other women and girls who have been victims of gender violence’.

This is a two-part feature consisting of the book review and an interview with Charles Fishman and Smita Sahay. Today we carry the review to be followed by the interview tomorrow.

On the night of 16th December 2012, in New Delhi, Jyoti Singh Pandey was raped and tortured – which included the removal of her intestines with a metal rod – in a moving bus, and thrown out. She and her friend lay on the road for a long time before anyone stopped to help. She died in Singapore a few days after. For those who would like to know the details, it is here in Wikipedia: https://en.wikipedia.org/wiki/2012_Delhi_gang_rape.

New Delhi is a city notorious for its treatment of women, where assault of all kinds occur with alarming regularity, with percentages being somewhat more than in the rest of India. This time, there was such brutality involved that it shook a nation which is normally in a state of extreme torpor with regard to women’s dignity and safety. India erupted into nationwide protests and not just through marches and candle lit vigils. In the hearts of Indian women and sane Indian men, a single voice seemed to rise – ‘Enough!’ The world too, took note, with horror. That was five years ago.

Since then, newspapers, television channels and other media, including social, have regularly reported similar outrages meted out to women and children, both girls and boys. At times it seems like the number of incidents has increased, and that instead of a nation trying to become better, India has regressed into perversion and misogyny. A number of cases have been reported of foreign objects being inserted into girls as young as two. The crime rate seems to be spiking. Women and survivors from other genders braving social media with their protests and stories are being trolled regularly. Parents are still worried sick for their daughters when they come home late or are unreachable on their phones.

Did Nirbhaya die in vain?

The rumble went deeper than imagined. It created fissures at depths where visibility is near non-existent. Nirbhaya was the turning point.

Now people are increasingly open. They refuse to be intimidated into silence. We hear of more cases because more people are reporting them. There is greater support and understanding for survivors and victims not just in India, but across the world, for while India may have a terrible reputation with regard to all those who identify as women, the situation is far from good even in developed and apparently liberal societies.

Across the world, much needs to be done. In India, we are a long way away from being a safe and respectful society towards girls and women and gay men. The change, unfurling all around us, often so quietly we barely note its presence, is shaking the core of our society. However slowly, however timidly. There is protest through vigils and media outcries. Much of it is inner dissent. A lot of it is quiet. Some of it pours out in artistic expressions.

The shape of protest is protean. The colours of its pain and beauty are myriad. Protest’s life span is longer than that of placards, and the decibel level of its call is higher than that of individual angry voices. The storm brewing, gathering and collecting force has a language. One of the languages of this protest is poetry.