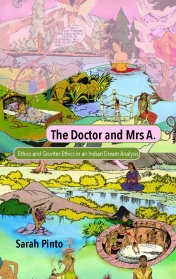 Title: The Doctor and Mrs A.: Ethics and Counter-Ethics in an Indian Dream Analysis

In the early 1940s, Mrs A. was a young housewife, three years married. She was unsettled, ill at ease in her new home, in what should have been a comfortable, secure life during a heady time. War was still on, the young men of her city and its surrounding countryside offered up as the rank and file in the British Army. Friends were away fighting, and those who were not debated their country’s future and wondered which vision of society would shape it. Her hero, Jawaharlal Nehru, was in prison, which upset her greatly.

When she met with Dev Satya Nand, an army doctor training young psychiatrists to serve on the front lines, he noted her demeanour with affection. Care and enthusiasm overrode clinical reserve. In his eyes, she was cultivated but aloof, empathetic but intimidating, tall and imposing yet timid and ‘tender’, ‘pensive and thoughtful from early school days’. Her contradictions were endearing, making her, perhaps, an ideal analysand, self-aware and reflective, yet mysterious, at times opaque. He wrote:

A beautiful fair-complexioned, dignified and artistically dressed, cultured and well-educated girl. She was taller than the average Indian girl, and attracted attention, as well as commanded respect wherever she was introduced. With large tender eyes, and refined tastes she could charm and even allure when she liked to do so. She was of a trusting nature, confiding and popular with the rich as well as with the poor.

At times she was dreamy and prone to be absent-minded now and then. But at others she would be the very life of a party, and could entertain very well.

END_OF_DOCUMENT_TOKEN_TO_BE_REPLACED 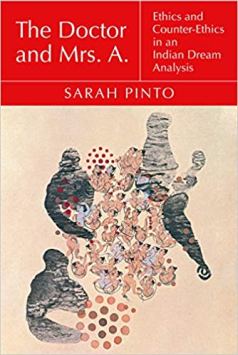 Title: The Doctor and Mrs. A.: Ethics and Counter-Ethics in an Indian Dream Analysis

“How does one remember the future?”

Thus, begins The Doctor and Mrs. A by Sarah Pinto. Based on ethics and counter ethics in an Indian dream analysis, this book is an inspired example of thinking beyond the known.

Just before independence, somewhere in early forties, a young Punjabi woman identified only as Mrs. A decided to be a part of an experiment by a psychiatrist, Dev Satya Nanda, for his new method of dream analysis. Unbeknownst to him, she was in an unhappy marriage with a strong urge for freedom from all the bondage. Through this experiment they discovered hidden layers of her personality which included different reflections on sexuality, trauma, ambitions and marriage. Pinto revisits this conversation and explores it in the context of late colonial Indian society. Juxtaposing the past with the present, she delivers a thought-provoking analysis on gender and power.

The author, Sarah Pinto is a Professor of anthropology at Tufts University and has also authored a few books on women and inequality in contemporary India. She won the Eileen Basker Memorial Prize from the Society of Medical Anthropology for her work Daughters of Parvati: Women and Madness in Contemporary India published in 2012.