Tag Archives: The Mine

There were no stars in the sky. There was no moon. Just the wet cold seeping through thick cloth and bone, and the fog slowly smothering the night.

Every once in a while, a truck would grope forward over the broken road. Sometimes a long-distance bus would rumble by, but no sooner would its headlights pass than the fog would flow back denser than ever before.

Kishore Kumar’s voice floated from the direction of the ramshackle bamboo structure that lay fifty yards to the side of the road, perceptible through the fog only because of a Hasag lantern that was hung to its front, illuminating a sign that read ‘Exide Batteries’. fte small shop, one of the few that still operated on this side of the highway, sold batteries, torches, kerosene, hot tea, pakoras and, if you knew what to say and how much to pay, desi hooch. It was closed now, the coal ashed, and the front covered with tarpaulin.

But it was not empty.

On a charpoy, at the front of the shop, sat two men, one hunched slightly forward and the other leaning back and looking up at the sky, holding in his right hand a small transistor radio.

‘Why don’t you turn the radio off? Or at least change the channel. I hate Kishore Kumar.’

fte first man pulled his monkey cap closer to his skull and clenched tightly the two thick shawls draped over his body.

‘Tell me why you like Kishore Kumar again,’ he said, tapping the ground rapidly with his feet in a desperate attempt to stay warm. ‘Because he has a great voice.’ In sharp contrast to his companion, the man with the transistor had on, as his  shield against the numbing cold, only a flimsy grey sweater.

‘Because he has a great voice? That’s it? I mean that’s all you can say about the great Kishore Kumar? A ten-year-old would give that answer! Tell me the reasons why you like him, explain it to me.’

The man with the transistor said nothing.

END_OF_DOCUMENT_TOKEN_TO_BE_REPLACED 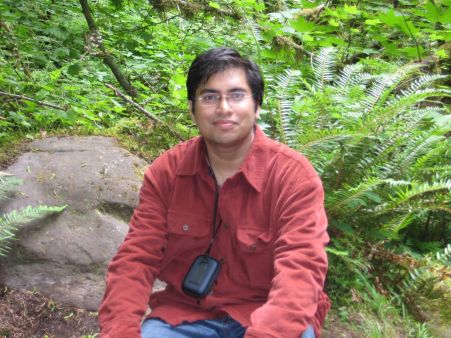 I guess I am expected to say: “I write because I love to”. But that’s about as true an answer as “I went into politics because I wanted to serve the country” or that “my father is a film-star has nothing to do with my decision to go into films”. The reason I write is to get published, and the reason I want to get published is to be read. So the actual answer to the question is “I write because I want you to read.” There is no greater high than the knowledge that someone invested the most precious resource they have, namely their time, in something you created, and hopefully obtained a satisfactory return on that investment.

My next book The Mahabharata Murders, a serial killer mystery, comes out in 2017 from Juggernaut, and I have done only one round of edits. At the moment, I am writing the next book in the Sultan of Delhi series, Sultan of Delhi: Resurrection, and for that I had to put on the back-burner, another project that I had finished quite a bit of—Shakchunni, a horror novel, set in 1930s Bengal.

Conflict, characters, ending.  The inherent conflict, internal as well as external, must be well-established, the characters must have arcs (no static cardboards please), and the ending must pack a punch. Did I forget something? Oh yes. Conversations. They must be the primary vehicle for moving the story forward.