In conversation with Julia Regul Singh 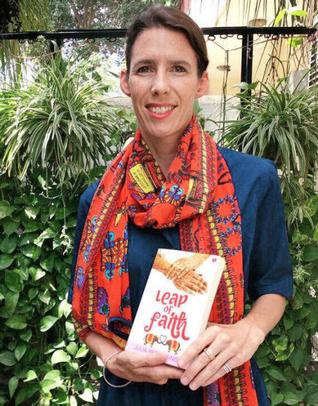 Julia Regul Singh is the author of Leap of Faith, a novel about an interracial marriage between a German woman and an Indian man, closely resembling the story of her own marriage. Julia’s first encounter with India was as a tourist 15 years ago, where she first met her future in-laws as well as a typically large, extended Punjabi family. She had travelled extensively as a teenager with her parents, as well as in college, on her own. This was her first time in India and was struck by the cultural differences, “I was fascinated how different India was to my own experience growing up in Germany.”