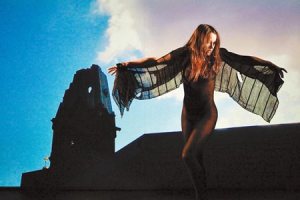 Chinese writer Gao Xingjian, who won the Nobel Prize for Literature in 2000, said Friday before a screening of his new film in Taipei that he hopes it can reflect the spirit of art and bring that spirit into people’s lives.

Modern life is full of materialism and politics, while people no longer talk about feelings, thoughts and the meaning of life, Gao said prior to the Taiwan premiere of his experimental film Requiem For Beauty.

“This movie aims to discuss issues people no longer talk about,” Gao said at the National Palace Museum.

Gao said he hoped the movie could contribute to another Renaissance across the world by lifting the human spirit to encourage the contemplation of life.

Gao’s third movie, Requiem For Beauty, departs from traditional film narratives and includes poetry, paintings, monologues in Chinese, French and English, and performances by 40 actors and actresses — one of whom is his wife.