Posted on November 20, 2015 by Zafar Anjum Leave a comment 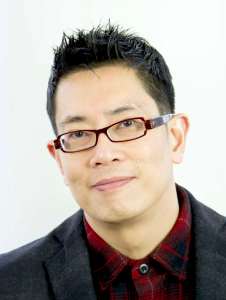 I write because that’s how I prefer to communicate with the world. Talking doesn’t really interest me that much; and I don’t sing, dance or play a musical instrument. In a sense, I don’t really have much of a choice.

Tell us about your most recent writing project. What were you trying to say or achieve with it?

I’ve been writing this full-length play called “Optimism,” which came about because I was accepted as a member of the Emerging Writers Group at The Public Theater in New York. The play is about growing up the racially-charged sixties; it is also about Wall Street in the eighties. I’m trying to show how optimism, allied with the desire to believe in big ideas, drove baby-boomers from one socio-political paradigm to another, and in the process defined what America is today. I think the piece is relevant to Singapore too. What are we really striving for in a capitalist economy? What is the price we pay? How has it changed us as a people?

I try to be clear and simple, but also have the tendency to be verbose (some of the answers here are evidence). I don’t try to balance them out, because by doing so I know I will only end up being bland and/or inelegant. So I give rein to both, but at different times.

Who are your favorite authors/screenwriters?

While words are of paramount importance, I’m not interested in how they appear on the page, but more so how they come across in our minds and on the stage or screen. In this regard, I love the devised narratives of theater companies such as The Civilians or Complicite; and I love the aural/visual language of filmmakers such as David Lynch and Paul Thomas Anderson. For these artists/collectives, words are just the tip of the iceberg. It is what lies beneath that counts.

I think every piece of writing is challenging, whether I’m crafting a 120-page play or a haiku with seventeen syllables. It’s a challenge because I’m always driven by the impulse to do something different, yet not so different as to make it unpalatable.

I’m almost always raving mad. People just don’t realize it. The truth is, just about anything can be a trigger – a lot depends on whether I’ve had enough sleep the night before, and if I’ve been productive that day.

Any book by Roberto Bolano really, not just because they are good, but also because I’ve never managed to finish any of them. If I have to pick one, it has to be his magnum opus “2666.” I’ve tried reading that a dozen times, and have never been able to get to the last page. Not even close. I have a theory about Bolano’s prose: it is oh-so seductive, and if you get too close and become ensnared, you’ll be spent before you know it. It’s like having sex and ejaculating too soon. I think the way I should approach Bolano is to try to be more dispassionate, then maybe I’ll get to the end.

I really have nothing of value to save. So, I think I’d rather stand and watch the fire, and imagine the architecture/layout/interior design of the next house I’m going to live in.

Be zen, be present, be kind.

NY-based Damon Chua is the recipient of an Ovation Award for his play Film Chinois, which made its Off-Broadway debut in 2015. He has received grants from the Dramatists Guild, the National Foundation of the Arts, and UNESCO. Damon’s first collection of poetry Traveler’s Tale and Other Poems was published by Ethos Books, and his short story Saiful and the Pink Edward VII was included in the Singapore Noir anthology. For more details, pls visit: www.damonchua.com

tagged with Damon Chua, Saiful and the Pink Edward VII