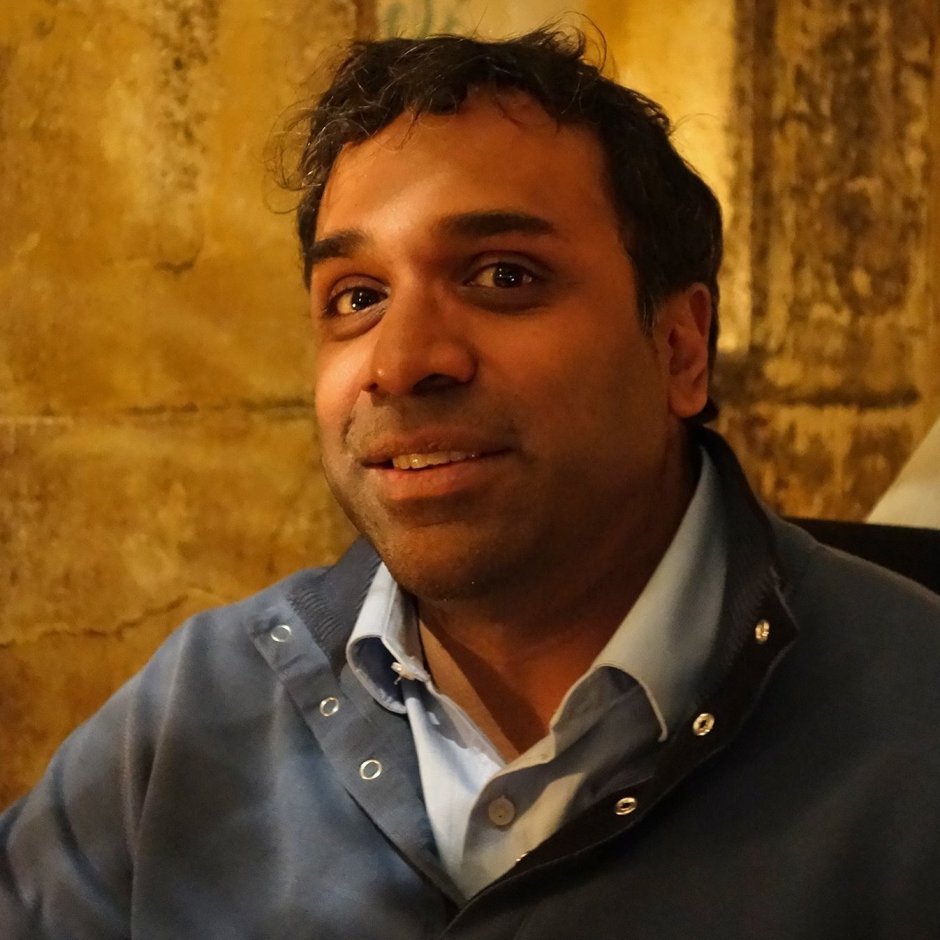 Wow, well start with the easy questions, eh? Well, I suppose, thinking of Rilke—whose poems and letters I’ve always loved but who I would sadly come to find out (in that way we eventually kill our heroes) was a kind of a pretentious deadbeat who shirked his responsibilities and mooched off the aristocratic patrons of the Hapsburg Empire in pursuit of his “pure” art—I have gone into myself and found that the need to write has spread its roots into my heart. I don’t know if I would die if forbidden to write, but having dug deeply, that mythic Rilkean imperative of “I must” is there, for better or worse. I write because I feel compelled to describe what I’ve seen and touched and tasted, the losses I’ve tallied, the places and people who’ve inspired me, all in pursuit of trying to better understand myself as a bicultural human being at the beginning of a new millennium. Those marks of signification help me fix the flux into something that might resemble, if not the answers, then at least the questions that are most relevant to ask when delving into the nature of our shared reality.

Tell us about your most recent book or writing/editing project. What were you trying to say or achieve with it?

Well I should mention two projects that achieved closure around the same time. One is the anthology I co-edited with Alvin Pang, entitled “UNION: 15 Years of Drunken Boat and 50 Years of Writing from Singapore” [https://www.ethosbooks.com.sg/products/union] which encompasses two very disparate bodies of work, one from the online journal of the arts I founded in 1999 and one from the Singaporean city-state founded as a modern republic in 1965. The main purpose behind this project was to highlight the subconscious connections that writers might share, who on the surface might not have anything at all in common. To view the Malay Peninsula through the prism of experimental poetics, then to stand on the other side of the lens and look back. I’m particularly excited that I can introduce to an American readership the really wonderful work happening in Singapore. I also just recently translated the 9th century female Tamil poet/saint Andal with Priya Sarukkai Chabria [http://zubaanbooks.com/shop/andal-the-autobiography-of-a-goddess/], and this ancient bhakti poet writes remarkable sensual yet devotional work that is as relevant to our time as it was to hers. Her fierce longing takes the shape of the corporeal body but transcends in such a way that she is continually reaching beyond herself in the way true mystics do. And because Tamil is my mother tongue, it was an important project for me, especially to resuscitate Andal not as a scholar’s creation but as a poet’s, even when that meant taking some liberties with her work, for we hoped to make her sing in a contemporary English idiom.

If I was visual artist, I might be Gerhard Richter, he of those photorealistic blurs alongside those scraped and layered abstractions. That range, that impulse never to settle on one unity of style, when it might lead to a calcification of perception, of a repetition of motive, has never interested in me. Instead I am the formalist who believes in roughening up his enjambments; the postmodern archaic who loves forms that are simultaneously contemporary and ancient, like the zuihitsu and the cento, collage-forms and remixes that are many centuries old. I believe in a geometry of language, poems sculpted until they sit in the palm like a desk clock. But I also believe in those wild, undetermined screes of language that accumulate upon the slope of speech like some alien transmission—which they are—some spiritual guidance given the form of a salamander that skitters on the page.  I believe in translation and transmission, vision and revision, and mad distillation so that nothing can be pared away without collapsing the entire tower.

Who are your favorite authors/screenwriters?

The authors I return to with the greatest pleasure and frequency are such folks as Hart Crane, Wallace Stevens, Virginia Woolf, Vladimir Nabokov, Toni Morrison, Don DeLillo and Emily Dickinson but those are all classic authors acclaimed by the critics. My more idiosyncratic list would include 12th century Jayadeva whose epic poem the Gita Govinda is one of the sexiest, holiest books around; João Guimarães Rosa whose Grande Sertão: Veredas is the Brazilian equivalent of Joyce’s Ulysses and Alberto Laiseca’s Los Sorias which is a kind of South American Pynchon-novel; throw in some Etheridge Knight whose prison poems are extraordinary and who is probably the only poet I know who can write a memorable poem called “Feeling Fucked Up” and Gjertrud Schnackenberg whose Heavenly Questions describes “being-whorl” better than any poet I know. I love certain graphic novels like Marjane Satrapi’s Persepolis, Pierre-François “David B.” Beauchard’s Epileptic and Alison Bechdel’s Fun Home. And screen-writers who I’ve always adored include Polish director and screenwriter Krzysztof Kieslowski, Stanley Kubrick and Diablo Cody.

I’m a sucker for formal challenges. Show me 12th century Occitan troubadour Arnaut Daniel waving a sestina in the face of his fellow wordsmiths as a masochistic challenge, and I’m going to write one. I had a lot of fun, weaving and unweaving, in creating a new form of my own, which I call a distillation and an example of which you can read here: [http://omniverse.us/poetry-ravi-shankar/]. This poem was a commission to work on a volume of installation artist Mel Chin’s The Funk and Wag from A to Z, where he reconfigured images from the Funk & Wagnall encyclopedia to create a set of neo-Surrealist collages. I cannibalized and collaged my own poem in creating this, taking one word from each line to create a new poem in each section, until by the end I had distilled the entire piece into one emblematic sentence. But those are formal challenges aside, the most difficult thing I’ve ever worked on is the memoir I’m writing now, because it is all about exposure, of telling secrets better left moldering in the attic of the mind, of delving into deeply personal and painful experiences and figuring out how to transfigure those in the crucible of art into something transcendent. Because I’m in the middle of this process, I would have to say that it is by far the most challenging thing I’ve ever attempted to write.

For me, a lifelong exile, alienated from the heritage he was born into and the culture he was raised in, I can’t think of anything more blissful than just fitting in and feeling comfortable in my own skin. Give me a house by the beach with my lover, with my children, with close friends who accept me for who I am, a good bottle of French burgundy and a plate of fresh fruit and cheese, some Mingus or Coltrane or Miles Davis on the stereo, the sun hanging in the sky like a benign surrogate father, white sand and wave-froth stretching as far as the eye can see, no aches in my body and a clarity of mind….that’s all I really would want to be happy. But even as I write this, the pressure of those who might be sleeping on a grate somewhere or being sold into slavery enters into this fantasy and I realize that bliss comes from compassionate awareness of other beings and that withdrawing from the world, much as I might long for such respite, will always leave the residue of collective suffering from which I could never be immune.

It’s political season here in the United States so it’s easy to look at the news to find something to curdle the wrath into boil, but I think what makes me most angry is the hypocrisy and self-delusion that surrounds us. Those who would deny climate change, gorge themselves on the resources of others, go to war for no good reason, and claim not to understand the roots of racial tension are bad enough, but those well meaning, bleeding heart liberals who discuss the world’s problems over microbrews, feeling themselves enlightened because of their stance, make me even angrier. Just the fact of mass incarceration in the United States should be enough to make people march in the streets, but because it doesn’t impact us, we stay quiet, even when the statistics—more African Americans under institutional control now than there were slaves during the Civil War era!—are staggering. Those complacent, self-satisfied WASPS in the blue states in America make me angrier in some respect than the whole lot of repugnant neo-conservatives, because at least the former should know better. Certainly I can’t stand those fundamentalists who would force their narrow views of the world on everyone else, those knuckle-draggers who would give those who are a different race or gender or sexual orientation than themselves less rights and less wages. But those individuals who oppose these inequities in talk and yet can’t see how even in their armchair opposition they continue tacitly to help perpetuate the very things to which they claim to be opposed are the ones I want to shake by the collar and waken, to shout, “we are human, you and I, and your needs are no less important than my needs, than the needs of someone living in a far-flung region of the world!”

What books would you take with you on a three-month retreat in the boondocks?

Wanting the world in microcosm as reflected in text would mean that I would bring The Collected Shakespeare and James Joyce’s Ulysses simply for the language contained therein, Marcel Procust’s Remembrance of Things Past, simply because I haven’t read it yet, and maybe Wittgenstein’s Tractatus Logico-Philosophicus. If I had room I’d also tote a good translation of the Ramayana and Krishnamurti’s Freedom from the Known, Darwin’s The Origin of the Species and Newton’s Philosophiae Naturalis Principia Mathematica, and if my bag was not getting too heavy, a leather-bound copy of the Oxford English Dictionary. In fact, if I could only bring one book it would be that, since in a certain real sense, it would contain all of the other books within in.

Let’s set aside the obvious answers, like my children, to focus on those irreplaceable items of sentimental worth. I have many things I value, like a complete set of Paris Reviews from 1954-onwards, and limited edition prints or original artworks by David Hockney, Robert Rauschenberg, Yves Tanguy and others, but if I had to flee the house I would probably bring my grandfather’s photo album, which I’ve been meaning to digitize; my grandfather was a journalist and one of the founding members of the Press Corps of India and there are some great photos of him with Jawaharlal Nehru, Winston Churchill and others. That’s my history and ancestry, and what I’d hope to preserve. I’d hopefully also have time to swipe my phone and my laptop because if I haven’t backed up to the cloud in a while, that’s the repository of all my writing, contacts and photographs.

Stay open, even during a shutdown.

Ravi Shankar is an award-winning poet, writer, translator, editor and professor, who has published 10 books and chapbooks of poetry, and who founded the international online journal of the arts Drunken Boat http://www.drunkenboat.com

Desmond Kon Zhicheng-Mingdé is the Poetry Editor of Kitaab