Kiran Doshi, a retired diplomat and educationist from Gujarat, won The Hindu Prize 2016 on Sunday for his third major work of fiction, Jinnah Often Came to Our House, a book set against the political turmoil of the subcontinent from the early part of the 20th century, ending with the Partition and Independence.

Mr. Doshi was among the five authors shortlisted from nearly 60 entries for the seventh edition of the prize. The shortlisted works included Anil Menon’s Half Of What I Say, Hansda Sowvendra Shekhar’s The Adivasi Will Not Dance, Kunal Basu’s Kalkatta and Manjula Padmanabhan’s The Island of Lost Girls.

K. Satchidanandan, a member of the jury, pointed to the manner in which Jinnah Often Came to Our House, with its “unbiased wisdom, corrects all kinds of prejudices about political leaders and religious communities.” Read more

Posted on November 24, 2015 by Zafar Anjum Leave a comment 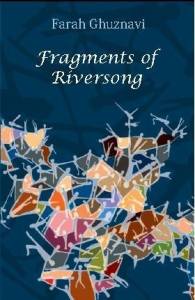 When I read the stories in Fragments of Riversong, a collection of 12 short stories by Bangladeshi author Farah Ghuznavi, I was very happy to see lively descriptions of old properties and sprawling houses. Having grown up in two sprawling bungalows in my hometown, Ghatsila, in the state of Jharkhand in India, a description—or even a mere mention—of old bungalows fills me with a certain thrill. I begin to connect with the setting and I have this feeling that the author is speaking/writing of something that I have known and experienced. Reading Fragments of Riversong was a bonus, for there were not only old properties and sprawling bungalows, but also a lot of village life in its stories. A part of my family still lives in our ancestral village that I visit regularly, and, at present, I am working in a rural setting. The stories in Fragments of Riversong were more familiar than I had expected them to be. Also, another remarkable thing I noticed in these stories were children. There are children—young girls, young boys—in nearly all the stories. Most stories are either about children or have—despite the third person narrative—a child guiding the reader through the narrative.

In “Escaping the Mirror”, her parents’ big house becomes a sort of a jail for seven-year-old Dia as she tries to escape the advances made by their driver, Minhas. The feeling of frustration of the little child upon realising that her parents trust that abusive man more than they trust their own daughter has been brought out in harrowing detail. END_OF_DOCUMENT_TOKEN_TO_BE_REPLACED

Kitaab Interview with Hansda Sowvendra Shekhar: “Writing is also about exercising some restraint”

Posted on September 18, 2015 by Zafar Anjum Leave a comment 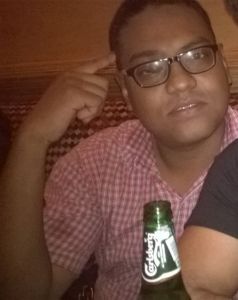 What is your new book about? Tell us about the inspiration/s behind the stories?

My new book, The Adivasi Will Not Dance, is a collection of ten short stories. At least two stories in this collection are a decade old. Eight stories were published at different places at different times. Some have been edited and modified. I have re-written some from scratch. I was just inspired by the things I saw around me.

The title The Adivasi Will Not Dance is not placid. It is thought-provoking and even politically charged. Does it indicate the collective mood of all the stories?

Some stories have politics. Some stories are based on issues. I think that’s all I will say for now.

Regarding your critically acclaimed The Mysterious Ailment of Rupi Baskey you had once said that Della is your favourite character. Are you planning on another book with her as the lead?

Rupi Baskey and the mysterious nature of evil

Jharkhand is one of India’s newest states created in 2000 after a long political struggle. It’s formation was in effect a recognition of the need for an adivasi homeland but when  the state of Jharkhand was created, landlocked between five states, Uttar Pradesh and Bihar to the north and east, West Bengal to its southeast, Odisha and Chhattisgarh bordering it in the southwest and west, it was immensely smaller than the greater Jharkhand  originally envisaged by adivasi groups. The latter had desired not merely some measure of autonomy but their own control over resources. The region is immensely rich in,  ‘jal, jangal and jam in’, resources which to this day are controlled and even owned by outsiders.

But this is in no way a political novel. Political events when mentioned make a sketchy appearance of sorts, so we know the timeline the novel essentially follows. Sowvendra Shekhar’s novel is  centred mainly around the village called Kadamdihi, located at the southern end of Jharkhand.  There is also the town of Nitra,  reachable from the only railway station from Kadamdihi, Chakuliya. Rupi Baskey’s story is a universal one of a family’s slow descent into decline, but it is also a unique narrative in the way the strange forces of good and evil, development and timelessness play out in the lives of Rupi Baskey and her family.

END_OF_DOCUMENT_TOKEN_TO_BE_REPLACED

It’s a women’s world in my novel: Hansda Sowvendra Shekhar

His novel, The Mysterious Ailment of Rupi Baskey (Aleph) takes us into the little-known and fascinating world of the Santhal tribals of eastern India. The Santhals live in small villages surrounded by forests, and follow their own lore and rituals. Eating, drinking and merrymaking, rituals and festivities, are an integral part of the social life of these poor, uncomplicated and lively people. The author, who has first-hand knowledge of this culture, brings this world to vivid life. END_OF_DOCUMENT_TOKEN_TO_BE_REPLACED