To be held on May 20-21, the event would showcase South Asia’s unique multilingual literary heritage and highlight the festival’s global appeal.

ZEE JLF@The British Library is also the first of five cultural strands which form part of the Year of UK-India of Culture in 2017, celebrating the deep cultural ties and exchange between the two countries.

Protests have cast a shadow of controversy over the Jaipur Literary Festival that has become an annual event attracting the literary elite from Delhi and other parts of the country. A 100 writers, academics and others have called upon all writers to pull out of the event that is being sponsored by Vedanta, infamous for ruthlessly expanding its mining projects by displacing local people and destroying their ecological environment.
The Jaipur Literary Festival, directed by writers Namita Gokhale and William Dalrymple is billed as the largest free literary festival in the world in the world.

Vedanta’s activities have according to rights groups have ruined the livelihood of thousands of people in Chhattisgarh, Odisha, Tamil Nadu, Punjab, Karnataka, and Rajasthan for Bauxite and iron ore mining. Anti Vedanta activists disrupted a JLF event at Southbank, London with placards and speeches as they felt that the event would give credibility to a company reportedly guilty for what they said was the death of thousands.

Activists and writers questioned Vedanta’s claim of promoting Indian literature and culture when it doesn’t even respect the environment, and the basic human rights of Adivasis. They are of the view that there is no way any self respecting writer, intellectual or critic should participate in a festival infected by Vedanta’s amoral actions. Read more

Nearly a decade after its inception, Jaipur Literature Festival is heading to Boulder in the US this September for three days of books, ideas, performance art, dialogue and debate on contemporary issues.

Over 100 authors, thinkers, poets and performers have been lined up to participate in the Zee Jaipur Literature Festival at Boulder in Colorado beginning on September 18, organisers said today. END_OF_DOCUMENT_TOKEN_TO_BE_REPLACED

Posted on January 25, 2015 by Zafar Anjum Leave a comment
For her collection titled ‘When God is a Traveller’, Mumbai-based poet Arundhati Subramaniam was on Saturday awarded the inaugural Khushwant Singh memorial prize for poetry at the Zee Jaipur Literature Festival 2015. The prize is worth Rs. 2 lakh. It was open to Indian poets who brought out books in English (including translations), between September 15, 2013 and September 15, 2014.

For her collection titled ‘When God is a Traveller’, Mumbai-based poet Arundhati Subramaniam was on Saturday awarded the inaugural Khushwant Singh memorial prize for poetry at the Zee Jaipur Literature Festival 2015. The prize is worth Rs. 2 lakh. It was open to Indian poets who brought out books in English (including translations), between September 15, 2013 and September 15, 2014.

Zee Jaipur Literature Festival: I am in the sunset of my life, quips VS Naipaul

Posted on January 25, 2015 by Zafar Anjum Leave a comment 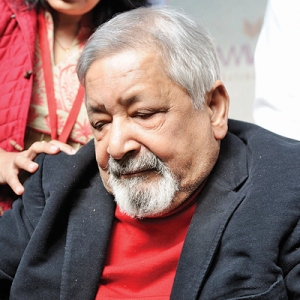 He’s 82-years-old, frail and not in the best of health, but Nobel laureate Sir VS Naipaul had the crowds at Jaipur hanging on to his every word on Saturday at the Zee Jaipur Literature Festival (ZeeJLF). Speaking to Naipaul about his life and writings was Farrukh Dhondy, his long-time friend and eminent British novelist and scriptwriter, even as his wife, Lady Nadira, sat in a chair behind him, taking notes, holding the microphone when he became too tired to hold it, and prompting the words when he forgot what he was saying or ran out of steam.  END_OF_DOCUMENT_TOKEN_TO_BE_REPLACED

Posted on January 25, 2015 by Zafar Anjum Leave a comment 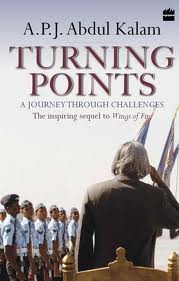 APJ Abdul Kalam drew the biggest crowd at the Zee Jaipur Literature Festival for his session ‘The Visionary: Dr. APJ Abdul Kalam’ on Saturday evening. Bibek Debroy, Professor at the Centre for Policy Research, moderated the session with the former president which attracted the largest crowd at the festival this year. The session followed close on the heels of Kalam’s session earlier in the day, titled ‘Ignited Minds’, that also drew a packed house at the ‘Ford Samvad’ venue of the Diggi Palace. END_OF_DOCUMENT_TOKEN_TO_BE_REPLACED

Posted on January 23, 2015 by Zafar Anjum Leave a comment

Consequences of war and politics on humanity was the topic of discussion by internationally acclaimed authors who shared personal experiences ranging from battleground stories to sitting down to write a novel.

At a session at Zee Jaipur Literature Festival here, they also underlined the importance of novels which give accounts of war in raising awareness about its destructive consequences.

Pakistani novelist Kamila Shamshie, who has authored the multi-layered novel “A God in Every Stone,” told the gathering how deeply she was affected by the fate of unnamed soldiers from Indian villages serving in British Army during the World War-I. END_OF_DOCUMENT_TOKEN_TO_BE_REPLACED

Posted on January 23, 2015 by Zafar Anjum Leave a comment

After the success of his debut novel Narcopolis (2012), poet Jeet Thayil has turned to songwriting. A part of the Sridhar-Thayil duo, he is also cutting an album with his six-piece band called ‘Still Dirty’, which would perform at the Zee Jaipur Literature Festival 2015 on Thursday. At the sidelines of the festival, Thayil spoke exclusively with dna about life after Narcopolis and why he is putting off writing another novel.

“There is also a novel in the offing,” he said. “I’d better not talk about it. The last time I talked about it, I jinxed it a little. That’s writing. Writers tend to be a suspicious bunch. Obsession, anxieties, rituals, appalling discoveries about your worst inner recesses, hopefully, served up with black humour. The kind of humour that doctors share.”

Posted on January 19, 2015 by Zafar Anjum Leave a comment

Elizabeth Gilbert, author of the best-selling novel “Eat, Pray, Love” has pulled out of appearing at the Jaipur Literature Festival days before it opens on Jan. 21 in India’s pink city.

Ms. Gilbert, who was set to speak about her most recent novel “The Signature of All Things,” cited medical conditions preventing her from traveling to India to attend the festival, according to organizers. END_OF_DOCUMENT_TOKEN_TO_BE_REPLACED

Zee Jaipur Literature Festival: Curtains to go up on Wednesday

Posted on January 19, 2015 by Zafar Anjum Leave a comment

Rajasthan’s rich and varied heritage will come alive over the coming week as ZEEJaipur Literature Festival (ZJLF) showcases the colour and culture of its home state to the two lakh plus visitors expected from US, UK, France, South Africa, Hong Kong, Ukraine, Pakistan, Bangladesh, Sri Lanka and Vietnam among 50 others. Held at the historic Diggi Palace since it was founded in 2006, ZJLF returns to this special venue on an even more grand and spectacular scale for the 2015 edition, from January 21-25. Completely free and open to all, ZJLF is attracting visitors from across the globe.