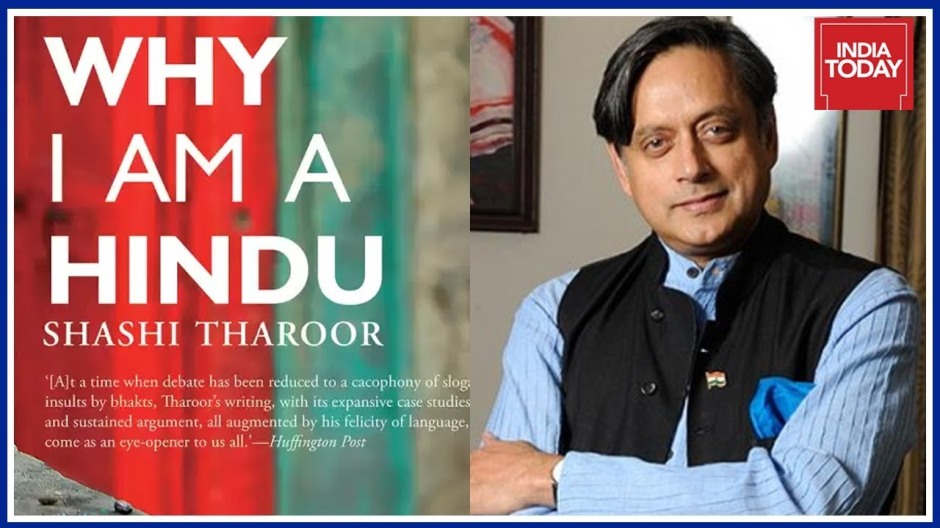 …. When Buddhism sought to reform Hinduism, Hinduism turned around and sought to absorb it too, by including the Buddha as a reincarnation of Vishnu and his agnostic teachings as merely a nastika form of the mother faith. As a result Buddhism has hardly any strength or presence in the land of its birth, having been absorbed and overtaken by the religion it sought to challenge. Hinduism could well have tried the same with Christianity and Islam, too, had it been allowed to do so; but these faiths were not interested in being embraced by Hinduism, since they saw themselves as the revealed Truth rather than as one among multiple versions of truth.

Hinduism is also unusual in seeing God, Man and the universe as co-related. As the philosopher Raimon Panikkar has explained, in Hindu thought, God without Man is nothing, literally ‘no-thing’; Man without God is just a ‘thing’, without meaning or larger purpose; and the universe without Man or God is ‘any-thing’, sheer unexisting chaos. In Panikkar’s explanation, nothing separates Man from God; ‘there is neither intermediary nor barrier between them’. So Hindu prayers mix the sacred with the profane: a Hindu can ask God for anything. Among the tens of thousands of sacred verses and hymns in the Hindu scriptures are a merchant’s prayer for wealth, a bankrupt’s plea to the divine to free him of debt, verses extolling the union of a man with a woman, and even the lament of a rueful (and luckless) gambler asking God to help him shake his addiction. Prayer and worship, for the Hindu, are thus not purely spiritual exercises: they enhance the quality of his life in the material world, in the here and now.

Hindus are often asked, during certain ritual prayers, to imagine their ishta-devta, their personal God, or rather that way of imagining the abstraction of the Absolute in an anthropomorphic form that most appeals to them. I pick Ganesh, or Ganapathi, as we prefer to call him in the South, myself, not because I believe God looks like Him, but because of the myriad aspects of the godhead, the ones He represents appeal most to me.

Every morning, for longer than I can remember, I have begun my day with that prayer. I learned it without being fully aware what all the Sanskrit words meant, knowing only that I was invoking, like millions of Hindus around the world, the name of the great elephant-headed god to bless all my endeavours to come.

Ganesh sits impassively on my bedroom shelf, in my office, in my living-room and my dining-room, as well as my prayer alcove, in multiple forms of statuary, stone, metal and papiermache. There is nothing incongruous about this; he is used to worse, appearing as he does on innumerable calendars, posters, trademarks and wedding invitation cards. Paunchy, long-trunked (though with one broken tusk), attired in whatever costume the artist fancies (from ascetic to astronaut), Ganesh, riding his way across Indian hearts on a rat, is arguably Hinduism’s most popular divine figure.

Few auspicious occasions are embarked upon without first seeking Ganesh’s blessing. His principal attribute in Hindu mythology—a quality that flows from both his wisdom and his strength—is as a remover of obstacles to the fulfilment of desires. No wonder everyone wants Ganesh on their side before launching any important project, from starting a factory to acquiring a wife. My own student-day courtship violated time-honoured Indian rules about caste, language, region, age and parental approval; but when we got married, my then wife-to-be and I had an embossed red Ganesh adorning the front of our wedding invitations.

I have since developed an even more personal connection to Ganesh. The great 2,000-year-old epic, the Mahabharata, was supposedly dictated by the sage Veda Vyasa to Ganesh himself; since then, many a writer has found it helpful to invoke Ganesh in his epigraph. When I recast the characters and episodes of the Mahabharata into a political satire on twentieth-century Indian history, The Great Indian Novel (1989), I had it dictated by a retired nationalist, Ved Vyas, to a secretary named Ganapathi, with a big nose and shrewd, intelligent eyes, who enters with elephantine tread, dragging an enormous trunk behind him. Such are the secular uses of Hindu divinity.

For in my Hinduism the godhead is not some remote and forbidding entity in the distant heavens. God is immediately accessible all around us, and He takes many forms for those who need to imagine Him in a more personalized fashion. The Hindu pantheon includes thousands of such figures, great and small. Ganesh is the chief of the ganas, or what some scholars call the ‘inferior deities’. He is not part of the trinity of Brahma, Vishnu and Shiva, who are the principal Hindu gods, the three facets of the Ultimate First Cause. But he is the son of Shiva, or at least of Shiva’s wife, Parvati (one theory is that she shaped him from the scurf of her own body, without paternal involvement).

As a writer I have always been interested in the kinds of stories a society tells about itself. So part of the appeal of Ganesh for me lies in the plethora of stories about how this most unflappable of deities lost his (original) head and acquired his unconventional appearance.

The most widely-held version is the one my grandmother told me when I was little, about the time that Parvati went to take a bath and asked her son to guard the door. Shiva arrived and wished to enter, but Ganesh would not let him in. Enraged by this effrontery, Shiva cut off the boy’s head. Parvati, horrified, asked him to replace it, and Shiva obliged with the head of the first creature he could find, an elephant.

This was a salutary lesson in the perils of excessive obedience to your parents, though I don’t think my grandmother intended me to take it that way. My mother, who always tried unsuccessfully to resist the temptation to boast about her children, had another version: a vain Parvati asked Shani (Saturn) to look at her perfect son, forgetting that Shani’s gaze would reduce the boy’s head to ashes. Once again, an elephant’s was the head that came to hand.

Growing up in an India where loyalty seems all too often on sale to the highest bidder, I could not but be impressed by Ganesh’s rare quality of stubborn devotion to duty. However he may have lost his head, it was Ganesh’s obduracy as a guard that, in my grandmother’s telling, cost him a tusk. ‘The powerful avatar Parasurama,’ she recounted, as we little ones gathered round her at dusk, ‘possessor of many a boon from Shiva, came to call on the Great Destroyer at his abode of Mount Kailash. Once again, Ganesh was at the door, and he refused to let the visitor disturb the sleeping Shiva. Parasurama, furious, tried to force his way in, but found Ganesh a determined opponent.’ (My eyes widened in excitement at this part.) ‘Ganesh picked Parasurama up with his long trunk, swung him round and round till he was dizzy and helpless, and threw him to the ground. When his head cleared, Parasurama flung his axe at the obstinate Ganesh. Now Ganesh could have easily avoided the axe, but he recognized the weapon as one of Shiva’s. He could not insult his father by resisting his weapon. So he took the axe humbly upon his tusk.’ Ever since, Ganesh has been depicted with only one full tusk, the other half amputated by the axe.

The thrill of that story did not diminish for me when I learned the more prosaic version which says that Ganesh wore down one tusk to a stub by using it to write down the epic verse of the Mahabharata. For this reason, the missing tusk signifies knowledge. As I grew older, I learned of more such symbols associated with Ganesh. Scholars of Hinduism tell us that Ganesh’s fat body represents the hugeness of the cosmos, its combination of man and pachyderm signifying the unity of the microcosm…

A book that will be read and debated now and in the future, Why I Am a Hindu is a revelatory and original masterwork.

Shashi Tharoor is the bestselling author of sixteen previous books, both fiction and non-fiction, besides being a noted critic and columnist. His books include the path-breaking satire The Great Indian Novel (1989), the classic India: From Midnight to the Millennium (1997), and most recently, An Era of Darkness: The British Empire in India (2016). He is a former Under Secretary-General of the United Nations and a former Minister of State for Human Resource Development and Minister of State for External Affairs in the Government of India. He is a two-time member of the Lok Sabha from Thiruvananthapuram and chairs Parliament’s External Affairs Committee. He has won numerous literary awards, including a Commonwealth Writers’ Prize, and was honoured as New Age Politician of the Year (2010) by NDTV. He was awarded the Pravasi Bharatiya Samman, India’s highest honour for overseas Indians. (For more on Shashi Tharoor, please see www.shashitharoor.in. Follow him on Twitter @ShashiTharoor and Facebook at www.facebook.com/ShashiTharoor.)