Posted on July 15, 2019 by Mitali Chakravarty Leave a comment 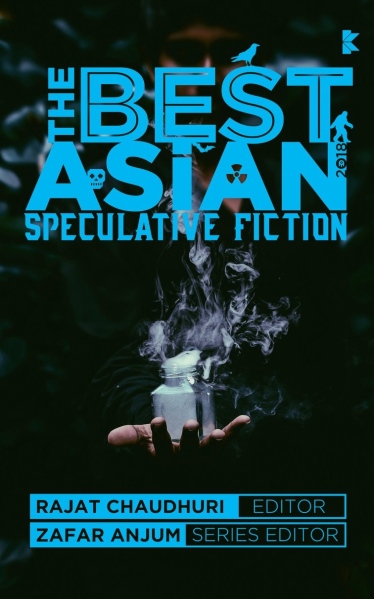 It had been forty-two days since the incident. Pulling money out of his body became a daily routine. He had no choice. When he ignored the piece of paper sticking out, the side of his body ached, he became nauseated, forcing him to vomit. And so, every morning, he would lock himself inside the bathroom, turn on the shower, and pull out money from his body.

The first few days were challenging. He told his parents that he had a particularly bad case of the flu. He forced himself to cough hoarsely. When someone entered his bedroom, he hid under the covers, shivering, trying his best to impersonate someone who had the chills. He had hoped that his condition would pass after several days, much like the disease he pretended to have. He went online and searched for anything about humans that made money using their bodies. He found stories and interviews about prostitution. He found porno videos of Asian hookers who specialised in fetishes, from BDSM to peeing on the face of their customers. He found articles and posts about modern day slavery. He found Reddit threads filled with people who desperately hope that they could shit money, fish it out of the toilet, and purchase everything they have ever wanted. However, there was nothing about any medical condition that made a person biologically manufacture actual money. It was unnatural. He was officially a mutant, an aberration, a freak of nature. On his third “sick day,” he decided to just ignore it, like what many teenagers had done once they find something growing on their body. END_OF_DOCUMENT_TOKEN_TO_BE_REPLACED

A Lost World by Ratnottama Sengupta

Posted on July 5, 2019 by Mitali Chakravarty Leave a comment

It took me a while to recognise Herbert.

I was visiting my parents in Bombay after some years, and a friend had dropped in. When I walked her to the gate, Herbert was standing across the road. As he crossed over, he greeted me, “Utuma!”

But for that, I would not have known him, for the yellow-eyed, shabbily clad dark youth had little in common with the chubby, curly haired neighbourhood boy who had anglicised my name in our childhood.

“Seeing you after a long time!” Herbert exclaimed.

“Fifteen years at the least,” I replied.

“Where are you living now?” he wanted to know. I told him that I had moved to Delhi and asked him when he had got back from Kuwait.

“When Mummy died,” he said. “You know that we’ve sold the house?”