Playing at an agonizing volume, our neighbour’s music-system jarred me from my sleep. I opened my eyes into the direct glare of an angry sun, punishing me for daring to paint all night. Keeping my curse under my breath, I could hear grandmother climbing up to my bedroom on the first floor. My almost bedridden Dada, and Dadi lived on the ground floor. I knew I was about to receive a lecture. She was currently gathering steam, so I muffled my cursing to save my skin from a lashing tongue.

“The morning is over, come down for lunch. Made your favourite Qeema (minced meat) and Aloo Stuffed Parathas.”

Her heavy-footed gait retreated down the stairs before I followed. She waited for the meal to be over to launch in. As I poured tea from the pot, she said, “Arif, you slept late again? What were you up to, all night?”

END_OF_DOCUMENT_TOKEN_TO_BE_REPLACED

In conversation with author Osman Haneef, about his debut novel Blasphemy (Published by Readomania, April 2020) and his inspiration behind it all.

Osman Haneef dons many hats with equal élan. He has worked as TV actor, a strategy consultant, and a diplomatic adviser, and was selected as a Young Global Leader by the World Economic Forum in 2017. Recently, he made his debut as an author with Blasphemy.

Haneef’s debut story of a Christian boy in Pakistan accused of blasphemy is gut-wrenching and thought-provoking. As noted writer and journalist Aatish Taseer says, ‘In this novel of quiet creeping horror, Haneef forces us to confront the supreme evil that lies at the heart of Pakistan’s Blasphemy law.‘

Team Kitaab was in conversation with him recently, where we spoke about his debut novel, his inspiration behind it and the journey so far, before giving us a glimpse of what’s in store for his readers in future.

END_OF_DOCUMENT_TOKEN_TO_BE_REPLACED

“Is this how you want it?” Sameera says. The pain is clear in her eyes,  words and  face.

“If he refuses, maybe Baba will listen…,” Ayla words fall crippled and deformed from her lips. The lounge falls silent.

It is hard to remember this lounge being this silent. I remember so many green and red blobs of mint-chutney and ketchup had dripped on this coffee table, and we used to wipe them away with our fingers quickly before Sameera came back from the kitchen with the next batch of hot pakoras. But there are no pakoras cooking today, no blobs of chutney either. No laughter or requests for one more cup of chai. Only solid, paralyzing silence.

END_OF_DOCUMENT_TOKEN_TO_BE_REPLACED

A preview of Osman Haneef’s debut novel, Blasphemy – The Trial of Danesh Masih, where a Christian boy in Pakistan is accused of blasphemy―a crime punishable by death. (Published by Readomania, April 2020)

‘So, why is Islam the best religion?’ Sir Amjad, the substitute teacher, asked. The seven- and eight-year olds relaxed. They knew the answer because Mrs. Bukhari had taught them the answer. Mureed, a young boy who was keen to impress, raised his hand and was promptly called on.

Mureed stood up and gave the rote-learned answer that had been drilled into each of them. ‘It is because the Prophet was illiterate and uneducated yet the recitations of the Koran are more poetic and more beautiful than even Shakespeare! How could the Prophet, an uneducated man, come up with such beautiful poetry all by himself?’ the eight-year-old asked, clenching his sweaty palms. Once Mureed had finished his explanation, Sir Amjad, with a calm unchanging expression, motioned for the boy to sit down.

END_OF_DOCUMENT_TOKEN_TO_BE_REPLACED

Dr. Meenakshi Malhotra talks about Witnessing Partition by Tarun K.Saint, which according to her, is a valuable addition to the corpus of Partition literature

In his book ‘’Witnessing Partition: Memory, History, Fiction’’(2020), Tarun K. Saint attempts the ambitious literary enterprise of a sweeping account of the major literary writing generated by the partition of 1947, when two separate countries, India and Pakistan were created. A moment which should have been a joyous celebration of freedom from colonial rule, turned into a tragic moment of violent and acrimonious division.

END_OF_DOCUMENT_TOKEN_TO_BE_REPLACED

Today is Saadat Hasan Manto‘s birthday. Considered to be one of South Asia’s finest fiction writers, he is known for his candid and honest style of writing which was often considered provocative. There has been a lot of debate on his style of writing since time immemorial. While one may continue to argue on that but the fact still remains, that he is one of the greatest short story writers till date. Which leads us to the question: Why does Manto arouse antagonism amongst the intelligentsia?. Let’s try to decipher that.

END_OF_DOCUMENT_TOKEN_TO_BE_REPLACED 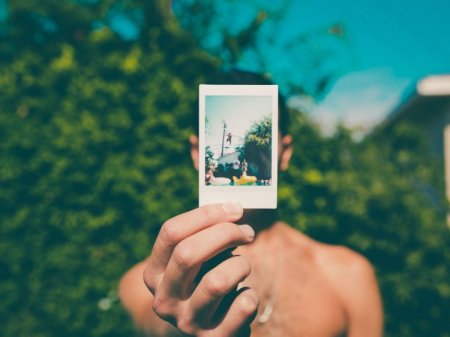 A lot has been happening around the world. With the global pandemic locking us down in our houses, we are fighting new battles everyday. We struggle with day to day activities and wonder if all this is a nightmare which will end once we wake up only to find ourselves staring at the ceilings at night, sleepless and hopeless.

“This virus will leave us entirely newborn people. We will all be different, none of us will ever be the same again. We will have deeper roots, be made of denser soil, and our eyes will have seen things.”

END_OF_DOCUMENT_TOKEN_TO_BE_REPLACED

Following the end of the British rule in 1947, Sikh community abandoned their homes, leaving behind numerous spiritual […]

Delhi was a beautiful town — a lifetime ago, an age ago, an era ago.

Gulmohars and Amaltaz blooms announced the onset of summer and before that a spray of different flowers — verbena, phlox, pansies, sweet peas, calendulas, roses, dahlias, chrysanthemums, gladioli and many more — announced the onset of winters and spring in Delhi. Gardens and roads bloomed with the colours of nature. The residents of Delhi were considered lucky by people from other parts of the country. I remember an uncle from Calcutta saying that Delhi was comparable to London!

Surely, the buildings are still there — but right now one needs to skirt past pan stains, turds and the stench of urine when one explores the lordliest of structures in Delhi — the Connaught Place. Earlier there was a huge fountain in the middle of Connaught Place in a large circular garden. The fountain spewed water the colours of rainbows with lighting at night. To me, it was the most fascinating sight on Earth — watching the water change colours and sometimes even become like a candle flame.

There was no Shaheen Bagh. And roads had cosmopolitan names — Curzon Road, Minto Road, Shah Jahan Road and many more. I remember the name Curzon particularly because I went there to visit my future aunt for the first time. She lived in an apartment in Curzon Road. She eventually became my aunt when my uncle opted to marry her— an aunt whose mother was a Kashmiri and father, a Punjabi. My uncle of course was a Bengali. We grew up in a Delhi where our neighbours came from diverse cultures, where we mingled with people from diverse religions and lived in harmony with differences. Tolerance was not a problem. I remember we had a boy in our school whose father was a Hindu and mother a Christian. We even had family members of mixed heritage. That was in the 1970s and 1980s.