Top Ten Books from Singapore you must read 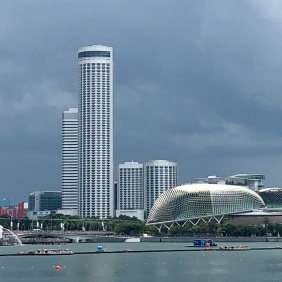 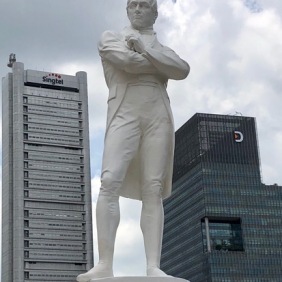 These are some novels that showcase the culture and history of Singapore and how it evolved out of the colonial past to become what it is today. These are all books that focus on issues against the backdrop of a national landscape. The issues addressed transcend to become larger than the personal. Some of the writers are Singapore Literature Prize and S.E.A. Write Award winners and have been translated to multiple languages. END_OF_DOCUMENT_TOKEN_TO_BE_REPLACED

Kitaab interview with Isa Kamari: Writing is like therapy to me

I had heard of Isa Kamari ever since I set foot in Singapore over a decade ago. Winner of many awards, Isa Kamari is a major Singapore Malay author. He has been a regularly featured author at the Singapore Writers Festival. Unfortunately, I don’t know how to read Malay and I did not know that Isa’s novels had been translated into English.

It was only recently that I got to know him in person. A few months ago, he sent me a copy of his novel, Intercession. I found it a bold work of fiction dealing with serious themes of science and religion, and yet it was so thrillingly narrated that I could barely stop reading it.  The book reminded me of Hermann Hesse’s masterpiece, Siddhartha.

Born in 1960 in Kampung Tawakal, Isa’s family moved to a Housing Development Board apartment in Ang Mo Kio while he was still in his teens. After studying at the elite Raffles Institution, he went on to take the degree of Bachelor of Architecture (with Honours) from the National University of Singapore in 1988. He now holds a senior position with the Land Transport Authority. Isa has also earned a Master of Philosophy degree in Malay Letters from the National University of Malaysia in 2007.

A prolific writer, Isa has so far published two volumes of short stories, eight novels, six volumes of poetry, one collection of stage plays, and several albums of contemporary spiritual music. He has been honoured with the SEA Write Award in 2006, the Singapore government’s Cultural Medallion in 2007 and the Singapore Malay literary award Anugerah Tun Seri Lanang in 2009. 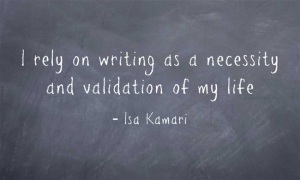 Here is a two-part interview with Isa Kamari:

PART ONE: Becoming a Writer

What set you on the road to being a writer? Do you ever “regret“ the drive or passion that makes you keep writing?

I have always loved writing since my secondary school days but never took it seriously until my late teens. Something happened to me in 1979, the story of which I have told in my novel Memeluk Gerhana (A Song of the Wind).

That incident made me look at life in a more critical manner. It made me view writing not as a hobby but more of a calling. In any case, I begin to write only if an event or issue disturbs me deeply. I do research on the subject and try to find my own resolution/ take on the issue/predicament. Only when I understand and come to terms with the problem and form my own opinion or position do I begin to pen my thoughts on it in the form of a poem or fiction. Thus writing is like therapy to me. It is my way of finding meaning and peace with myself and the world. END_OF_DOCUMENT_TOKEN_TO_BE_REPLACED