Ayodhya Verdict: ‘…what is more pleasing to God?’asks Kafka in Ayodhya

Posted on December 6, 2019 by Mitali Chakravarty Leave a comment 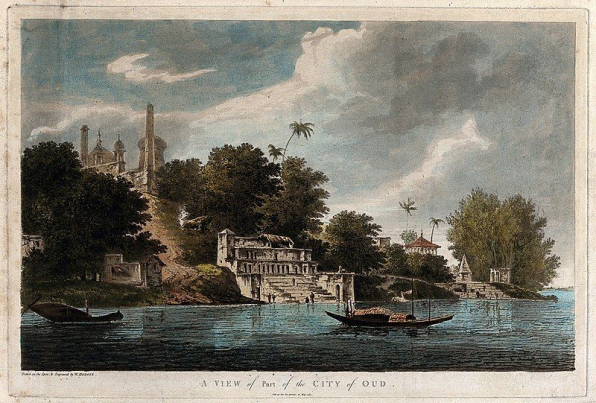 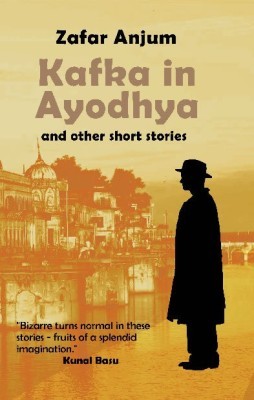 9/11 has always been a date to dread ever since 2001 when the New York twin Towers were bombed down by a terror attack. This year too, 9/11 left a feeling of dread in the hearts of many as the Supreme Court gave a verdict on the Ram Janmabhoomi issue… In this article, Zafar Anjum traces the Ayodhya  movement from the 1990s to pause on a pertinent question he had asked in his short story published in 2015, ‘Kafka in Ayodhya’ — “…what is more pleasing to God? Your temple after destroying a mosque or the suffering of those whose place of worship you destroyed?”

While TV journalists and anchors dissected the verdict and its fallout, my mind briefly traveled back to 1992, the year the Babri Masjid was demolished. I was studying at Aligarh Muslim University then. The Ayodhya movement was at its peak and we knew that something sinister and violent was going to erupt, so we made our way to our hometown in Bihar in late November. I was at my maternal grandfather’s place when the news came of the demolition of the Babri Masjid. We saw the then Prime Minister of India Narasimha Rao appear on TV and offer apologies and shed some tears. Later on, we learnt that Rao could have done more to stop the demolition but he chose not to. Through Rajiv Gandhi and later through Rao, the Congress Party had, wittingly or unwittingly, made its own contributions to the Ram Temple movement. END_OF_DOCUMENT_TOKEN_TO_BE_REPLACED

Not to sound too dramatic, but it is something I can’t stop doing. It’s how I make sense of things around me. There’s this French phrase that I can never pronounce correctly, but I feel it represents a lot of my reasons for writing. “l’esprit de l’escalier” – literally the spirit of the staircase, figuratively – things I should have said. This need to speak applies not only to my personal life, but to anything that moves me about the wider world.

My most recent book is called Dvarca and it is the first of an admittedly ambitious trilogy. It imagines a future dystopian world, where India has become a fascist nightmare with a bicolour flag and a new name – Dvarca. My reasons for writing this book are related to a troubling childhood experience, that I think I share with most people of my generation. We were kids when the Babri Masjid was demolished. We were kids when the blasts shook Mumbai and riots took lives. These incidents left a mark on me and made me aware, for the first time, that friction or unresolved anger exists in society. Dvarca is a way to take these divisive elements, and project them into the future while imagining the worst. It is speculative fiction that hopes to find a peaceful way back from a horrible scenario. I made a short video to explain my motivations for writing Dvarca.

I hope I see things differently and try to give them new life by recording them. This often makes for odd digressions and some indulgences, but they are all in service of bringing the reader into my world. The most important thing for me is to give the reader something new and exciting in the form of an idea or an expression. I understand that this obsession with exploring can lead to work that may challenge some readers. I just hope that their sense of the extraordinary matches mine.

It’ll sound like I’m plugging my book, but to be honest, Dvarca is the toughest piece of writing I have ever attempted. For three reasons:

First there were many occasions when I would stop mid-sentence and wonder if I was crossing the line, entering dangerous and unchartered territory. This was echoed by some publishers who rejected my work, finding the content risky.

Second, an entire world had to be created for this trilogy. It was not easy balancing character development, the story and world-building all at the same time. I hope the final published “mix” is palatable. Though one can never please all.

END_OF_DOCUMENT_TOKEN_TO_BE_REPLACED

Kitaab Interview with Nilanjan Mukhopadhyay: ‘India’s biggest challenge is to retain its diversity’

Women are shown in the (love jihad) campaign as being incapable of taking independent decisions – they can only be seduced or abducted; they cannot, by choice, fall in love with a man of another community […] Religion today is not a route to finding peace. It is a tool to subjugate the enemy other.

When one reads Nilanjan Mukhopadhyay (columnist and author of The Demolition: India at the Crossroads and Narendra Modi, The Man, The Times, published by Harper Collins and Westland respectively), one is immediately struck by his incisive understanding of Indian politics. Engaging in knee-jerk generalizations may be particularly easy given the currently polarized political climate, but his critiques are more meticulous–and munificent when they need to be.

When we first got in touch, I absent-mindedly addressed him as Professor Mukhopadhyay (as an academic, “Dr. and “Prof.” being my default modes). He wryly confessed that he was not a fan of formal education, and was a college dropout. (“Couldn’t resist that wisecrack!” he said.) As someone who agrees that college can sometimes seriously interfere with education, I was delighted. “Then I shall always address you as Prof. M,” I responded, with equal parts of affection and admiration. In our chat below, he generously shares his views on religion, right wing politics, journalism, “love jihad”, Modi, masjid, gender, caste, and the challenges ahead for Indian democracy.

Did you always want to be a journalist? Do share some of your insights on journalism.

I couldn’t have been anything else but a journalist because of the unplanned manner in which I got into the profession. I joined Jawaharlal Nehru University almost straight out of school, to pursue a 5 yr integrated MA course in Russian Language & Literature. But I had an unarticulated angst against formal education. I wanted to be a self-made person and did not wish this route to be through formal education. But by the time I came to JNU, the option of becoming an entrepreneur was foreclosed. I did make some money on the side by picking up stray assignments as a guide for Russian tourists but did not see myself as a lifelong ‘Raju Guide’ type.

I also used to take pictures at the time and was secretary of the photo club, and a friend who was working in a monthly magazine asked if I was willing to do the photos for a story on Chambal dacoits. This was in 1981-82, prior to the big surrenders of Malkhan Singh and Phoolan Devi. I did the pictures and when they were published, I quite liked seeing my name in print – my first byline. Around the same time, a Mrinal Sen retrospective was being screened. During a break, a friend and I saw Mrinal Da in the lobby and mustered courage to seek an interview. He heard that we were students and invited us for breakfast the next day at the hotel where he was staying. I typed out the interview after transcribing it by hand from my tape recorder. That was the first time I had typed anything – and with a single finger, one on each hand! END_OF_DOCUMENT_TOKEN_TO_BE_REPLACED

At the recently concluded literary festival at Aligarh Muslim University, authors dwelt on the changing representation of communal violence in literature – many noticed the stark changes in the depiction of such violence, from the time of Partition to more recent instances. The raw power of Manto, for instance, has been replaced by writing for readers less shocked – communal violence has become almost part of the nation’s “common sense”. Fiction too now reaches out for answers and solutions.

While at the time of Partition, the Muslim was almost solely the communal “Other”, groups like the Pandits of Kashmir and tales from insurgency in Punjab have expanded the number of communities that have experienced such violence. END_OF_DOCUMENT_TOKEN_TO_BE_REPLACED

Destruction of the Babri Masjid: A National Dishonour by A G Noorani

Posted on December 6, 2014 by Zafar Anjum Leave a comment

December 2014
9.5 x 6.25 inches
xiv + 506 pages
Hardback
ISBN: 978-93-82381-47-1
Rs 995
Destruction of the Babri Masjid: A National Dishonour is a sequel to The Babri Masjid Question 1528–2003: ‘A Matter of National Honour’, published in 2003 in two volumes – a compilation by A.G. Noorani of documents and primary source material on various aspects of the Ram Janmabhoomi–Babri Masjid dispute, covering the demolition of the Masjid on 6 December 1992, and the legal proceedings in the civil suits and criminal cases up to mid-2003. The present volume brings the narrative up to date. It covers the three Allahabad High Court judgments, the Liberhan Commission Report, the tortuous course of the criminal cases, and disclosures and developments in the last decade –from 2003 till the end of 2013. An Introduction surveys the events before and after the demolition of the Babri Masjid, and analyses the judgments delivered by the three judges of the Allahabad High Court in 2010.
‘In the courts of law and justice, the civil and criminal cases concerning the title to the Babri Masjid and accountability for its destruction, on 6 December 1992, have all but run their course. Neither legality nor justice has been conspicuous in the proceedings or in the many judgments delivered. On past form, there is little hope for redress in legal proceedings after that grave and utterly wasteful crime. . . . The forces of India’s secularism can ignore the challenges ahead only at the nation’s peril. At stake is the survival of India’s democracy and its corollary, secularism.’ (From the author’s preface)