The novelist seemed to go from unknown to MacArthur genius in two years. In truth, it took decades. This […]

To do otherwise would be to deny an integral part of myself. I write because I must, because of my addiction to the feel of an ink pen between my fingers scribbling word-code onto one blank page after another. To me, writing is an aesthetic pleasure that sets every fibre of my being into vibration, when I’m actually doing it. The other reason I write is to be able to make sense of my own thoughts and feelings, and creatively express them onto the page or screen. Sometimes, just the writing process is a form of catharsis for me, even though my scribbles make no sense.

My last book, Afterlife: Ghost stories from Goa, published by Rupa (2012) is a novel that follows the lives of X generations within a Goan family. At a get-together to celebrate the patriarch’s 75th birthday, there is a powercut that leads organically to the family swapping ghost-stories. Through the process or sharing oral histories, the family history and some secrets are revealed. The structure became an important part of telling the story of the family; I used a frame narrative device to interlink the individual stories. It’s more of a commentary about the social mores of South Goan society, diasporic culture and religious aspects among other things. My intention was to create a story that wasn’t just about ‘ghosts’ but about the things that haunt us emotionally and psychologically.

Excavating words to reveal complex layers of emotion. At least, that’s the aspiration!

END_OF_DOCUMENT_TOKEN_TO_BE_REPLACED

In this interview with Kitaab’s fiction editor Oindrila Mukherjee, Samrat Upadhyay, a fiction writer of Nepali origin, discusses his journey in the world of fiction. 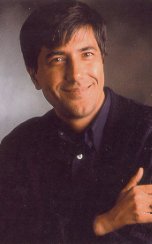 His first book, the short story collection Arresting God in Kathmandu (Houghton Mifflin, 2001) has been translated into French and Greek and was the recipient of a Whiting Writers’ Award as well as a pick for the 2001 Barnes & Noble Discover Great Writers Program. Upadhyay’s stories have been read live on National Public Radio and published widely as well as in SCRIBNER’S BEST OF THE WRITING WORKSHOPS and BEST AMERICAN SHORT STORIES 1999. Upadhyay’s novel The Guru of Love (Houghton Mifflin, 2003) was named a New York Times Notable Book of the Year 2003, a San Francisco Chronicle Best Book of 2003, and a BookSense 76 collection. The novel was also a finalist for the 2004 Kiriyama Prize, and has been translated into several European languages. Upadhyay’s story collection, The Royal Ghosts (Houghton Mifflin, 2006), won the 2007 Asian American Literary Award, the Society of Midland Authors Book Award, and was declared a Best of Fiction in 2006 by the Washington Post. The book was also a finalist for the Frank O’Connor Int’l Short Story Award from Ireland and for the Ohioana Book Award.

His second novel Buddha’s Orphans (Houghton Mifflin Harcourt, 2010) has been called a novel of “ambition and heft” by The New York Times and “beautifully told” by Publishers Weekly, which gave it a starred review. The novel has been translated into German and Czech. It was also longlisted for the DSC Prize in India. The City Son, Upadhyay’s fifth book and third novel, was published last month by Soho Press.

He is the Martha C. Kraft Professor of Humanities at Indiana University.

Are you really the first Nepali writer writing in English to be published in the West as Wikipedia says? And if so, why? What was happening in NEW before you?