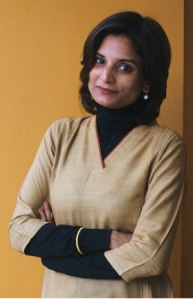 The MIWF—held at Fort Rotterdam, a well-preserved collection of 16th-century harbour-front buildings—is the brainchild of local writer-feminist Lily Yulianty Farid. She founded the festival five years ago with nothing more than a prayer and a handful of sponsors. It is now the highlight of the city’s cultural calendar. Throngs of Makassarese, most of whom rarely read or buy books, gather at Fort Rotterdam to listen to authors from diverse countries—the Netherlands, Australia, Japan and India. Most writers, however, are from Indonesia, many from the periphery of the archipelago, places like Papua. They rarely get a platform to talk about their work.

In vibe and setting, the MIWF is as imaginably opposite as can be to Indonesia’s other big litfest, organised in Udub, Bali, by a fashionable Australian restaurateur. The Udub festival lures big-ticket authors with sumptuous meals and stays at luxury resorts. Tickets sell for hundreds of dollars; there are pricey special events promising a chance to canoodle with favourite writers over aperitifs and canapes. The audience is largely of expats.

At the Makassar festival, we were put up in a three-star hotel where the toilet was too small to accommodate a sink. For most meals, we were handed nasi kotaks (cardboard boxes of rice with a simple accompaniment). No alcohol in sight. The audience was  exclusively local and the discussions  were conducted in Indonesian (with interpreters for those who needed them).

Wearing a stylish turban, Farid opened the festival alluding to the theme: ‘Knowledge and the Universe’. “There is only one name I think of when I think of knowledge and the universe,” she stated. Galileo? Stephen Hawking? “It can be no one but Karaeng Pattingalloang,” she continued, with a nice kick to the solar plexus of Eurocentrism. Luckily, Google was at hand. A prime minister of the 17th century Gowa Tallo kingdom, Pattingalloang was renowned for his intellectual curiosity and openness, having learnt many languages and gathered a library of works from around the world.