When short is sound…

Posted on April 27, 2018 by Sucharita Dutta-Asane Leave a comment

At a time when a strongly intimidating and equally tantalising wave of certitude and homogeneity has been sweeping the world and law-induced violence runs amok, what can provide us with an alternative comprehension of the reality? It is an intriguing sense of inconclusiveness that triggers and acts like a catalyst to deal with various vexed issues as it prevents people from trying to outdo each other.

This incredible conceptual creative solution is offered by a celebrated Singapore-based author Zafar Anjum who participated in an international literary festival held in Lucknow in which many prominent writers in English, Hindi and Urdu, belonging to India, Singapore and Malaysia participated. Zafar Anjum, in his widely- acclaimed story, “Kafka in Ayodhya” refers to the vexed Ayodhya issue and the quest for solution prompts him to explore the nuanced connotation of the incompleteness and the space around it. In line with his existentialist leanings and Kafkaesque tradition, the protagonist of Zafar’s story spells out the contours of solution:

“Leave the structure as it is. Incompleteness is also a quality, a facet of nobility. It has a capacity for silence. At least, that’s what I do with my work.”

Posted on April 12, 2018 by Sucharita Dutta-Asane Leave a comment 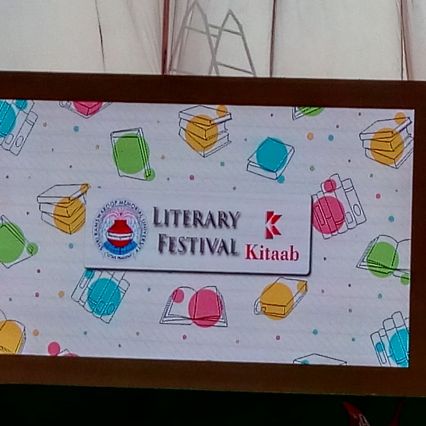 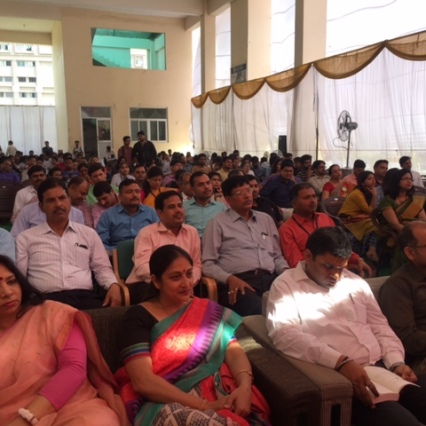 Lucknow has been the hub of mushaira, Dasstaangoi and kavi sammelan for centuries, but as times change, rituals and traditions also get recreated and rejuvenated according to the prevailing zeitgeist. In a unique collaboration, the first of its kind, writers, poets, translators and scriptwriters from different parts of India and Asia assembled in Lucknow in the first weekend of April to celebrate writing from South Asia and Southeast Asia.

This first edition of the SRMU Kitaab Literary Festival was jointly organized by Kitaab International Pte. Ltd., Singapore and Shri Ramaswaroop Memorial University (SRMU), Lucknow and was held on the 7th and 8th of April, 2018 at the SRMU campus. 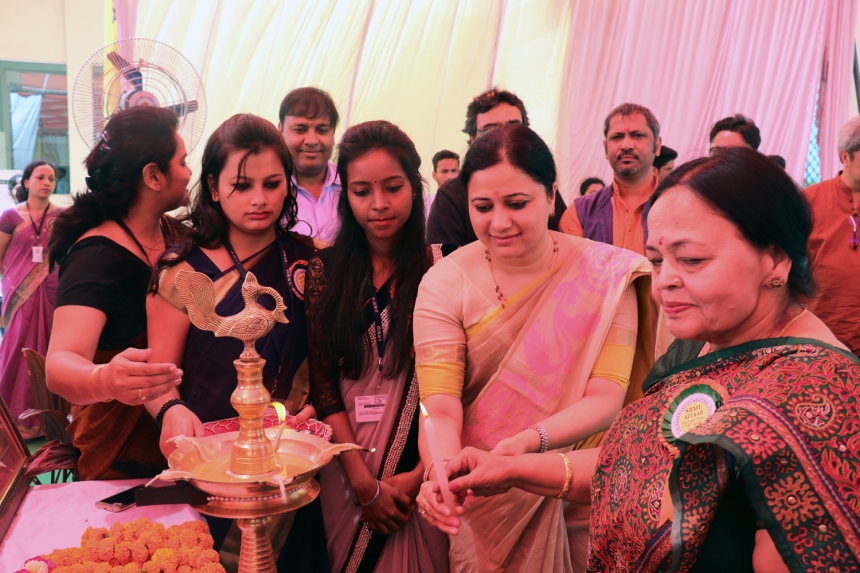 Festival Director Zafar Anjum, the festival’s patron A K Singh, Vice Chancellor of SRMU, Chancellor Pankaj Agarwal, Pro Chancellor Pooja Agarwal, and the faculty of SRMU led by Dr. B.M. Dixit, inaugurated the festival. ‘The aim of this festival ties up with the aim of Kitaab—to create bridges and dialogue between Asian writers and global readers and to bring literature to the grassroots,’ said Anjum in his welcome address. 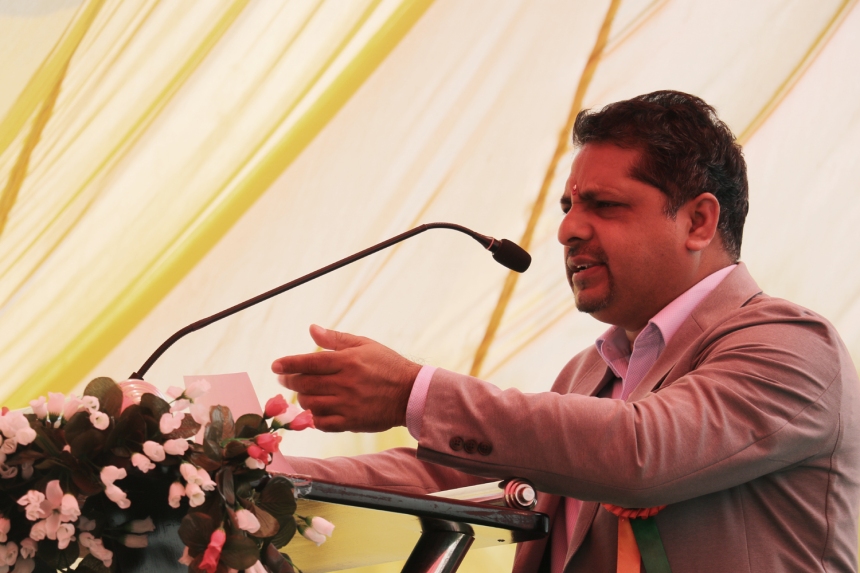 Agarwal applauded SRMU’s collaboration with Kitaab. He said that Kitaab is an esteemed organisation that offers a promising worldwide platform to both budding and established authors, editors and publishers. Extending from the areas of literary fiction and translation to filmmaking (together with Filmwallas, founded by Zafar Anjum), Kitaab caters to all genres in English and other South Asian languages. 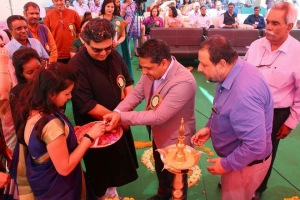 The film, shot in Singapore and presented by Filmwallas, tells the story of a couple with the plot spanning Singapore and Lucknow. The film’s writer and producer Sunita Lad Bhamray and its director Zafar Anjum were present during a special screening of the film on the second day of the festival. 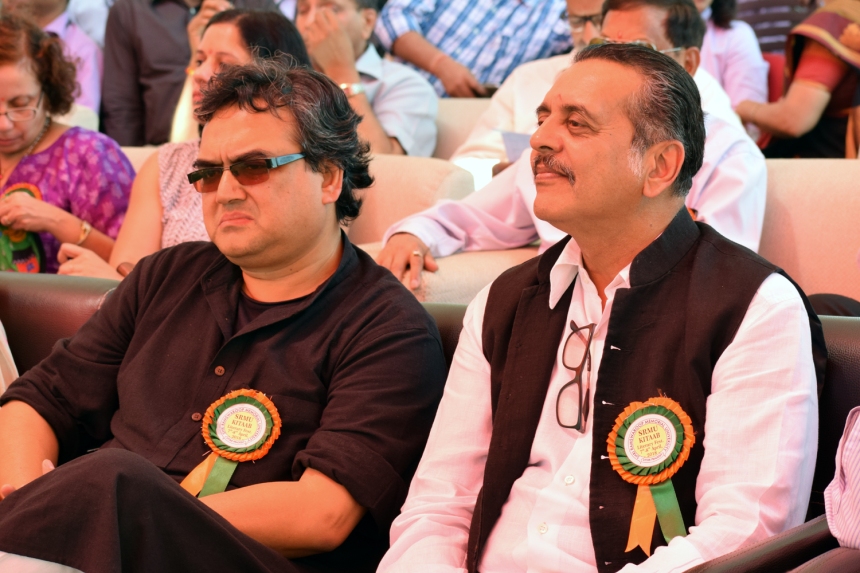 The other major highlight of the festival was the launch of Tawassul, a Malay novel by Singaporean novelist Isa Kamari, translated into Urdu by Rubina Siddiqui. It is the first work of Singaporean literature to be translated into Urdu. Award-winning Urdu novelist, Rahman Abbas who has also helped oversee the edits, hailed this avant-garde work of fiction and told the audience that the book’s Hindi edition was in the works. 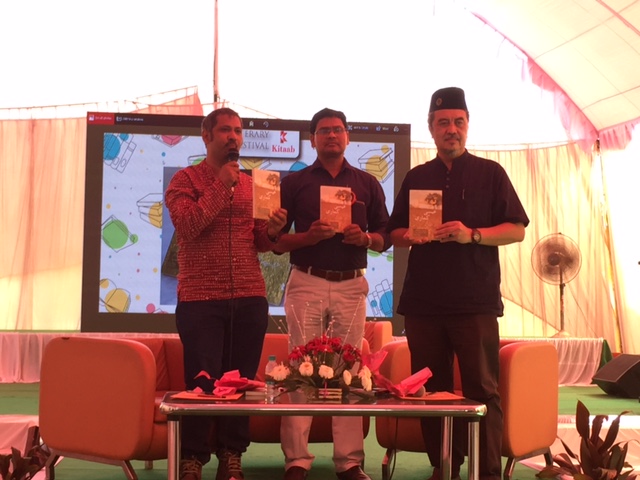