Top Ten Books from Singapore you must read

These are some novels that showcase the culture and history of Singapore and how it evolved out of the colonial past to become what it is today. These are all books that focus on issues against the backdrop of a national landscape. The issues addressed transcend to become larger than the personal. Some of the writers are Singapore Literature Prize and S.E.A. Write Award winners and have been translated to multiple languages. END_OF_DOCUMENT_TOKEN_TO_BE_REPLACED

Posted on June 7, 2018 by Sucharita Dutta-Asane Leave a comment 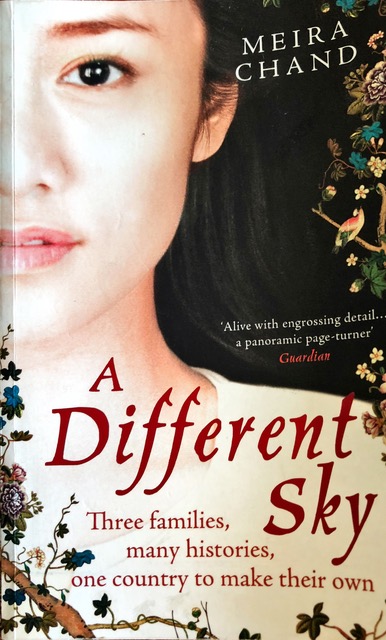 A Different Sky by Meira Chand spans an era of transition in Singapore from 1927 to 1956. The narrative races through a period of rebellion against the colonials, the Japanese occupation, and the move towards an indigenous government. Geographically, it travels through India, Malaysia, England, Australia and Singapore.

The Daily Mail listed it as an ‘extraordinary book’ while the Historic Novel Review says, ‘Chand weaves a gripping adventure, magnificent romance and well informed history into the sort of book it’s difficult to put down.’

Meira Chand, a well-established novelist of Swiss-Indian parentage, has created a grand, multi-layered story. The novel weaves the intricate lives of characters from multiple races and backgrounds into historic events tracing the turmoil faced by Singapore to become ‘a place of dreams, holding the souls of men to ransom’ from being ‘a pinprick on the great body of Asia’. It opens with the communist uprising of Kreta Ayer in 1927, under a sky of unrest in British Singapore and walks through three decades of transition. The three main characters, a Chinese, a Eurasian and an Indian, are introduced in a bus caught in the riot. This is an ingenious start to a story well spun. The Chinese protagonist, Mei Lan, educates herself to rebel against negative traditions. She falls in love with Howard, her Eurasian neighbour. They are torn asunder during the Japanese occupation, suffer tortures and live through horrors. Howard leaves to study in Australia funded by Raj, the rich uneducated Indian businessman whose past was that of a penniless immigrant. When he returns after graduating, he meets a new Mei Lan, almost a stranger after being victimized and tortured during the Japanese occupation despite her law degree from England. Both of them reject multiple relationships overseas.

The story winds through the trauma faced by the characters as they move to create a new Singapore, under a bright sun ‘thrusting out fingers of brilliance through the grey clouds’ with ‘a bank of red balloons drifting under the endless arc of the sky’ holding a white banner with ‘Merdeka’ (a Malay word meaning rich, prosperous and powerful) on it. Will Howard and Mei Lan unite under this different sky with the outgoing first chief minister of Singapore, David Marshall, faced by chaos and the future Prime Minister Lee Kuan Yew in full control? As Meira Chand intertwines the lives of real historic figures with that of her creations, she adds to the glamour, suspense and appeal of her novel.