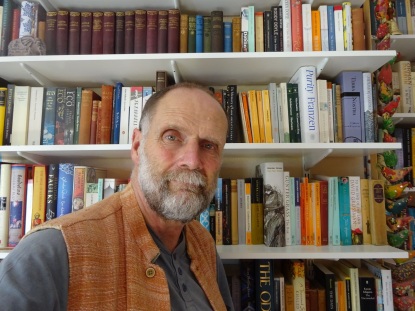 Richard Rose is a British writer, university professor and researcher who has been working regularly with teachers and children in India for the past nineteen years. His work has appeared in academic journals, magazines and books in several countries. His play, written with James Vollmar, Letters to Lucia, which celebrates the life of James Joyce’s daughter, Lucia Anna Joyce, received its first performance by Triskellion Irish Theatre in 2018.

END_OF_DOCUMENT_TOKEN_TO_BE_REPLACED

Chika Sagawa is an anomaly in the history of Japanese poetry. Born in Hokkaido as Aiko Kawasaki in […]

The eighth edition of the five–day ZEE Jaipur Literature Festival (ZJLF) is all set to kick off with a special curtain raiser in the city. Indian English author-academic and Sahitya Akademi Awardee Amit Chaudhuri will be discussing his latest novel Odysseus Abroad in a conversation with poet, novelist, journalist and DNA India’s editor-in-chief CP Surendran.

END_OF_DOCUMENT_TOKEN_TO_BE_REPLACED

The iPad offers such powerful features – and excellent resolution – that truly enhanced books are possible. Here are six […]

The Chinese version of the first part of James Joyce’s 1939 novel Finnegan’s Wake was published last December. Dai Congrong, professor of Chinese language and literature at Fudan University, Shanghai, spent eight years translating the notoriously difficulty work, and did not anticipate it would become a bestseller.