Apart from the pandemic, globally we seem to be battling on so many other fronts as well. From floods to forest fires, the natural calamities around us are scary. Every day as we wake up, our hearts pray for some good news amidst all the chaos that surrounds us. And it is this positivity which has helped us stay afloat. Positive stories of humanity, compassion and love show us how together, we will come out of this stronger and better.

END_OF_DOCUMENT_TOKEN_TO_BE_REPLACED

Why is it that something scrawled on paper works?

Squiggly marks bravely carrying on the weight of meaning in their curlicues and curves, straights and serifs, wondering and pondering in conventional lines. After all, these are just crafted thoughts–skilfully or otherwise. But nothing so grand as to have us drool over them, be adoring slaves and frowning guardians, swatting away those who do not like them–that is, the barbarians.

END_OF_DOCUMENT_TOKEN_TO_BE_REPLACED

Here is a competition for short stories that requires you to write 1500 words or lesser.

Can you take up the challenge for a prize of US $ 3000 and the chance of a trip to New York City?

END_OF_DOCUMENT_TOKEN_TO_BE_REPLACED

Poet. Photographer. Singer. Bearded botak (bald man). As an artiste, Marc can be best described as a living kaleidoscope. His creative work can be hard to pin down. So far, he has written and edited twelve books of poetry, the latest being Sightlines, a collection of poems and travel photography co-created with photographer Tsen-Waye Tay. He plays with a band, Neon and Wonder, and set numerous poems to music with his band mates. He is also active in Singapore’s poetry slam scene, and participates in regular sessions at Blu Jaz Cafe.

If that’s not all, he is passionate about photography and the principal photographer of Mackerel, an online culture magazine he founded. He also collaborated with well-known Singaporean satirical personality Mr Brown in an online video that made fun of a MasterChef judge who misunderstood the nature of chicken rendang. Responding to his criticism that the chicken was not crispy enough, the song playfully (shown in the video below) corrects the judge with an appropriate understanding of the Malay delicacy:

The lines sing out:

Hello, this is not KFC,

Rendang not supposed to be crispy.

If you don’t know what is Asian food,

Don’t tekan auntie on the TV.

END_OF_DOCUMENT_TOKEN_TO_BE_REPLACED

Writer, novelist, filmmaker, director Aditya Kriplani talks of what moved him to write and to make films…

END_OF_DOCUMENT_TOKEN_TO_BE_REPLACED 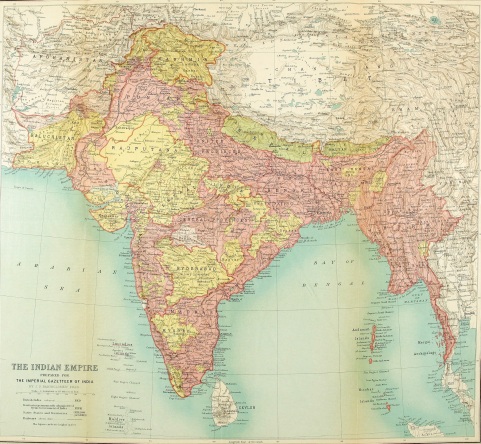 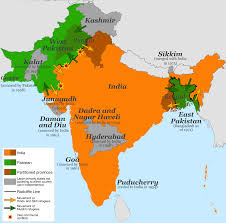 About seven decades ago, the colonials who swept through Asia in the eighteenth and nineteenth centuries and earlier started their retreat. They had lost so much money fighting each other over their spoils during the World Wars that they could not afford the upkeep of their colonies.

One of the aftermath of the colonial rule in Asia was the formalisation of national boundaries. The Indian subcontinent was split into India and Pakistan( West and East, which later disengaged from the West and evolved as Bangladesh).The angst that started during the Partition of the Indian sub- continent generated violence that took more than 200,000 to 2 million lives. The figures remain disputed.

END_OF_DOCUMENT_TOKEN_TO_BE_REPLACED

In April 1942, our independence movement took on a new vigour. That month, Mahatma Gandhi in his article in the magazine, Harijan, demanded the Imperial government grant India a ‘sovereign’ status and withdraw peacefully. On 7th August, when the All India Congress Committee convened in Bombay, they decided to launch the ‘Quit India’ movement, forcing the colonials to leave India without resorting to violence. When on 9th August all the leaders including Gandhi were arrested, Indians were inflamed with outrage and anger.

On 11th August, while I was sorting letters in the office of the AIG-Police, I could hear distant strains of “Van-de-ey Maa-ta-ram! I bow to thee O Mother”; “Bharat mata ki jai— Victory to Mother India” and “May the British rule perish”.  When I went to the teak-floored verandah to check what the commotion was about, I saw a crowd of people raising these slogans as they marched off the main road towards the entrance gate of the Secretariat. Many carried the tri-coloured flag of the Congress and some held banners that read “British, Quit India”.

“Vande mataram… British leave India” — the chant drew nearer. Two constables ran forward to shut the gates, but the demonstrators pushed past them into the main compound of the Secretariat.

END_OF_DOCUMENT_TOKEN_TO_BE_REPLACED

Amba, a novel from Indonesia, written by award winning writer Lakshmi Pamuntjak, was a modern take on the story of Amba and Bhisma from The Mahabharata, set against the backdrop of the violence of 1965 and the Buru penal colony set up during Suharto’s regime. Published in 2012, it became a national bestseller within Indonesia.

It was first translated to German in 2015 and sold 10,000 copies within three months of its launch. Later the English translation renamed it The Question of Red (2016). The novel did win some amount of international acclaim.

END_OF_DOCUMENT_TOKEN_TO_BE_REPLACED

Korea is on the move to open up and assimilate its heritage.

It plans to open a museum for its literature by December 2023 in Seoul’s northwest district with a budget of 60 billion won($53.6 million).

“The need to build a proper museum for Korean literature has always been there, but it has not been realized for a long time,” said Yeom Mu-ung, a literary critic who was named head of the institution in a press conference. He added, “The National Museum of Korean Literature should reflect on the history of colonisation, division, war, industrialisation and democratisation.”

END_OF_DOCUMENT_TOKEN_TO_BE_REPLACED

Do you have a poem ready?

Here is a contest where you can win £1000 for a single poem and find a place in an anthology of award winning writers.

The contest ends on July 31st.