Rizia Rahman was one of the most eminent authors of Bangla Literature. Among others, she received the Bangla Academy Literary Award, Ekushey Padak, and Arannya Literature Award for her outstanding contributions to literature.  An author of more than 50 novels, she passed away on 16 August 2019.

Presented by Library of Bangladesh and translated by Arunava Sinha, Letters of Blood —Rokter Okkhor (1978) — is a novel by the late Rizia Rahman that explores the lives of the women who have been (directly and indirectly) forced into prostitution, and examines how the intricacies of their lives hold them captive in a physically and mentally hostile ecosystem. It is a window into a system that lives on the fringes of the society constantly bobbing on fickle grounds.

The novel is populated by characters from as young as twelve to as old as being on the brink of death — a feat that reflects the reality seen in the brothels.

Kusum is a fourteen-year-old, often starving and sick, whose “undernourished body hasn’t amassed enough capital”. Because she hasn’t received any customer for two days, she hasn’t been able to eat. For many women in the brothel, who are still under the control of their pimps, life is like that — the more the customers, the further the shadow of starvation. When she steals a little food, out of desperation, Kalu, her pimp, beats her black and blue as everyone else goes on about their business. No one bats an eye. The pimps are free to kill the women in their clutches  without anyone  sparing a glance.

END_OF_DOCUMENT_TOKEN_TO_BE_REPLACED

Ambai’s A Night With A Black Spider, translated by Aniruddhan Vasudevan, is a new collection from Speaking Tiger featuring […] 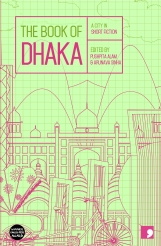 Collections of place-themed fiction can be powerfully evocative with descriptions of indigenous sights and sounds, unique references to the geographical landscape, and above all, glimpses into the minds of local characters, who, with their attitudes, mindset, dialogues, dreams and desires represent the collective ethos of the place in the given time setting. Examples include Dubliners and The Red Carpet by Lavanya Sankaran which transport the readers to early twentieth century Dublin and Bangalore in the late nineties respectively. The Book of Dhaka aspires to add to this worthy genre. As K. Anis Ahmed mentions in the introduction, this collection of stories by various writers tries to capture the present-day ethos of the “world’s most densely populated city” of rice fields, lakes that overflow during the monsoon and “concrete structures, among roads far too narrow for anything to thrive but despair”. This intrinsic sense of despair hangs over the book, manifesting itself in the steam-of-consciousness monologue of a timid Chemistry lecturer who gets captured and tortured by the military in “The Raincoat” (written by Akhteruzzaman Elias and translated by Pushpita Alam), the story of a promising student whose poverty forces him to leave school and eventually become a gangster in “The Weapon” (written by Syed Manzoorul Islam and translated by Arunava Sinha) and that of a housemaid who resorts to peddling drugs in order to give her son a better future in “Mother” (written by Rashida Sultana and translated by Syeda Nur-E-Royhan).

The sense of gloom creeps like fog into the stories of the middle-class characters too. “The Decision” (written by Parvez Hossain and translated by Pushpita Alam) portrays the apathy of a young woman towards her ex-husband on coming across him at a book fair, as she rather indifferently contemplates on what went wrong in the relationship. “The Widening Gyre” (written by Wasi Ahmed and translated by Ahmed Ahsanuzzaman) is a chilling glimpse into the dangers lurking in the city roads where citizens are alleged to be shot dead in broad daylight.

END_OF_DOCUMENT_TOKEN_TO_BE_REPLACED 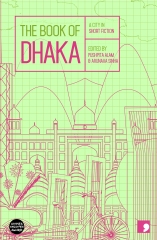 ponIr alI  haD  always been troubled by his name. He had no idea why his father had named him after cottage cheese. He hadn’t had the chance to ask him, either. His father, who used to work in a shop in Islampur selling cut-price fabric, had died suddenly after a three-day fever. Ponir was 10 or 11 at the time, a student of Class Five at the Suritola Primary School. What had Ponir’s father been ill with? A malignant form of pneumonia, apparently, but neither Ponir, nor his mother, nor the local doctor had had any inkling. The doctor had treated him for flu.But then,why blame the neighbourhood doctor, when the diagnoses of well-known physicians are wide off the mark. They’ve managed to send gastric patients to their graves, before, by giving them bypass surgeries, confusing gas-induced chest pains with heart-attacks. Haven’t you heard of such cases?

How  did  we  find  out  the  truth  about  Ponir’s  father, then? Why, that’s just what we do.As storytellers it’s one of our responsibilities to know these things. How else are we supposed to tell our stories?

Ponir Ali didn’t know whether his father was fond of cheese. The fact was that he had never seen a slice of cheese in his life, for they couldn’t afford any. Perhaps his father had in fact loved cheese – who could tell? But Ponir had a grievance against the dead man – why did he of all people have to be named after cheese? Why not his younger brother, the one who had died at the age of three months? He too had remained as elusive as cheese, beyond their reach.

Asking his mother hadn’t helped. She never answered such questions. Probably she didn’t know either. Earlier, when the family was still somehow managing to get by – back when Ponir’s father was alive – his mother could occasionally spare a few moments for a conversation. But after his father’s death, all responsibilities fell on her. Ponir barely got to see his mother from one day to the next, let alone ask her a question. They had to sell her last pieces of jewellery, a set of gold bangles, to pay for his father’s funeral. It takes a lot of money to give someone a decent burial in this country, you see. Graveyard spaces are shrinking – even in a small district town, it costs between five and seven thousand taka. Ponir’s mother was insistent on giving her husband a respectable burial. He was a respectable man, after all. Besides, many respectable men also name their children Ponir. From that point of view, there should have been no obstacle to a respectable man like Ponir’s father getting a decent burial.

END_OF_DOCUMENT_TOKEN_TO_BE_REPLACED

Arunava Sinha’s ‘The Greatest Bengali Stories Ever Told’ comes with a caveat. In his introduction, he writes that […]

Editor’s Note: There is a gap in English fiction today. This crevice is filled with thousands of stories, cultural microcosms, inventive structures, and “taboo” subjects. They are the stories told in other tongues that haven’t been translated. Even if they were, what would be the literary merit of translating stories into a language as limited as English? Is it time to expand our vocabulary, borrow from the ingenuous emotions and poetic skills that other languages possess? (Rhea Mukherjee)

The greatest value that translations of Indian literature into English can bring to the English-speaking world is not in the form of brilliant fiction yet to be discovered by the West. There’s no denying that aspect, but that’s not where the real enrichment comes from.

Instead, what those accustomed to reading English fiction will gain is the awareness of a whole new range of human experiences and emotions, which are not captured by literatures elsewhere in the world because they do not exist in those places. From socioeconomic realities to internal states of existence, every aspect of life will yield new richness through reading translated Indian fiction.

Take the word “mon” in Bangla, which appears in Hindi as “man”. In the ontology that English-reading people have acquired through their books, the heart and the mind are binary—neither word can be used to refer to the other. In Indian languages, however, this word represents neither the heart nor the mind exclusively. It takes a position, contextually to the rest of the text, on a continuum between the heart and the mind, between emotion and reason, between feeling and knowing.

END_OF_DOCUMENT_TOKEN_TO_BE_REPLACED

If it’s for the money, there are better ways to make it in the books trade, argues Arunava Sinha in Scroll.in

Writing a book is like having a Facebook account. Your social life isn’t complete without it. Conversations no longer focus on what people are reading (so 1980s!) but on what people are writing. It even comes with its own version of the taking-a-break-from-Facebook-email-me gambit, in the form of the writer’s block.

Yes, yes, we know, your story of girl meets boy, girl fights with boy, girl makes up with boy, girl loses boy, maybe girl dies or both die or both meet in New York or Paris or Masai Mara in the last chapter has never been written before. But even so, unless you’re ready to invest hundreds of thousands of rupees on advertising your masterpiece, no one will even know it exists.

END_OF_DOCUMENT_TOKEN_TO_BE_REPLACED

Dhaka Translation Centre (DTC), in partnership with the British Centre for Literary Translation, Commonwealth Writers and English Pen, is delighted to announce a call for applications for a workshop on Bangla-English translation, to be held in Dhaka from 15-20 November 2014.