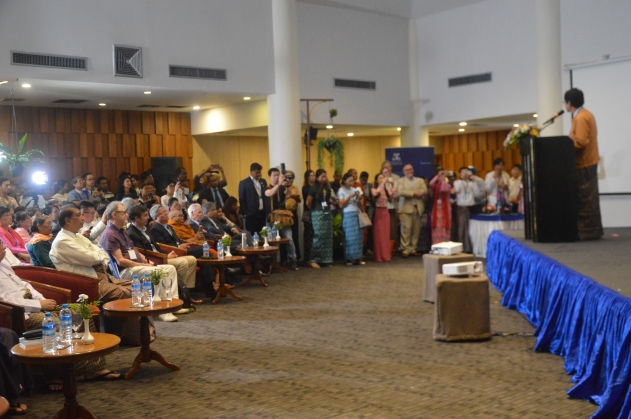 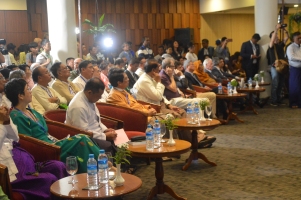 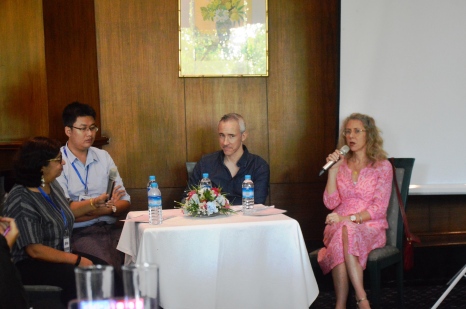 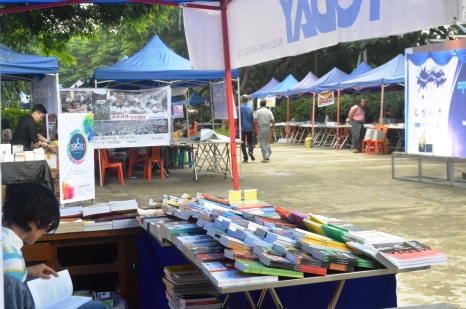 Irrawaddy Literary Festival (ILF), a non-profit venture, is renowned not only in Myanmar but also in South East Asia and the rest of the world. Since its inauguration in 2013, the festival has hosted writers of international repute like Vikram Seth, Jung Chang, William Dalrymple, BBC journalist Fergal Keane and photojournalist Thierry Falise as well as those from Myanmar including Dr. Thant Myint-U and Pascal Khoo Thwe. The following and ensuing years saw more writers and authors across the world such as Louis de Bernières, Anne Enright, Barnaby Phillips, Ratna Vira and Margaret Simons participating in the festival. The venue has been in Mandalay, the second largest city of Myanmar. The festival is a major attraction for writers, agents and literary enthusiasts even from the non-literary community.

The fifth ILF 2019 was held in Mandalay at Mercure Mandalay Hill Resort for three consecutive days from Nov 9 to Nov 11 from 9am to 7pm. Local and international writers attended the festival. The theme of the festival this time was ‘Youth and literature’ to promote literary enthusiasm in the younger generations.

This festival has been an occasion when literature crosses national borders and the local and international writers meet to create an awareness of each other’s concerns and cultures. A fusion of literatures from varied countries adds colour and vibrancy to the festivities. Such exchanges lead to a heightened awareness of current literary trends.

END_OF_DOCUMENT_TOKEN_TO_BE_REPLACED

Recently, Sahitya Akademi Award winner for Urdu, Rahman Abbas, journeyed to the Institut National Des Langues et Civilasations Oriesntales (INALCO) in Paris to deliver a lecture. Translated Urdu novels are gaining in popularity and getting translated into multiple European languages, like German and French, he surmised. Novels in Urdu evolved around the 1940s-1950s with writers like Intezar Hussain and  Quartulain Haidar and books like Do gaz Zameen by Abdus Samad and Makaan by Paigam Afaqui. Makaan  is said to have been a major influence even on novelist Vikram Seth.

Farhan Ahmad, Urdu lecturer, INALCO, Paris tells us about the talk given by Rahman Abbas in France.

The co-director of the department of South Asia and Himalaya studies and research scholar, Shahzaman Haque, introduced Abbas to faculty members and the students and said that Rahman Abbas was one of the major contemporary Urdu novelists of India. He thanked his department and his laboratory PLIDAM (Pluralité des langues et des identités) for financing the travel and accommodation of the Urdu author.

He said that Rahman Abbas’s novel Rohzin had already been translated into German and would soon be available  in English, French and Hindi too. There is a growing demand for translation of Rohzin and other novels of Rahman Abbas in France. Rahman is known for his unique style of narration and his dealing with human sensibilities.

END_OF_DOCUMENT_TOKEN_TO_BE_REPLACED 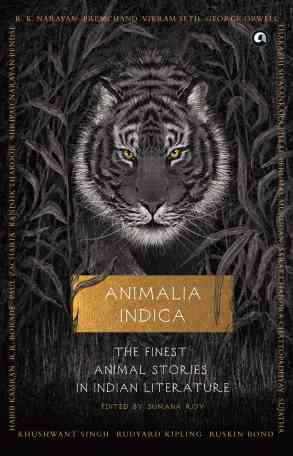 Edited by Sumana Roy, Animalia Indica is a first of its kind collection of animal stories in Indian literature. From classic story tellers like R.K.Narayan, Premchand, Rudyard Kipling to the most recent maestros like Kanishk Tharoor, Perumal Murugan, and Nilanjana Roy, this collection features them all.

Sumana Roy is a Siliguri based author whose previous works include a non-fiction title (How I became a tree), a fiction novel (Missing) and a poetry collection (Out of Syllabus). She went on to win the Shakti Bhatt First Book Prize and the Tata Literature Live! First Book Award in 2017 for her debut book How I became a tree.

This anthology, with its beautiful cover, has twenty-one stories about humans and animals. It can easily be called a collector’s edition with the who’s who of Indian literature featured within. Not all of the collection is made of short stories. There are some poems; excerpts; two are novellas and one is an entire novel in its own. The selection is classic! It includes stories translated from regional languages and from Indian writing in English, with interesting end-notes about the narrative, authors and translators.  The magic of the stories makes something written in 1981 an equally intriguing read as one written recently. What makes the book even more eye catching and unique, are the sketches by Rohan Dahotre before each story (he has also done the stunning cover). Depicting the animal/s featured in each story, these black and white sketches set the tone for every tale that follows.

END_OF_DOCUMENT_TOKEN_TO_BE_REPLACED

Leading publisher Penguin completes 30 years in India and to commemorate its journey, Penguin said it will unveil ‘Penguin30’, […] 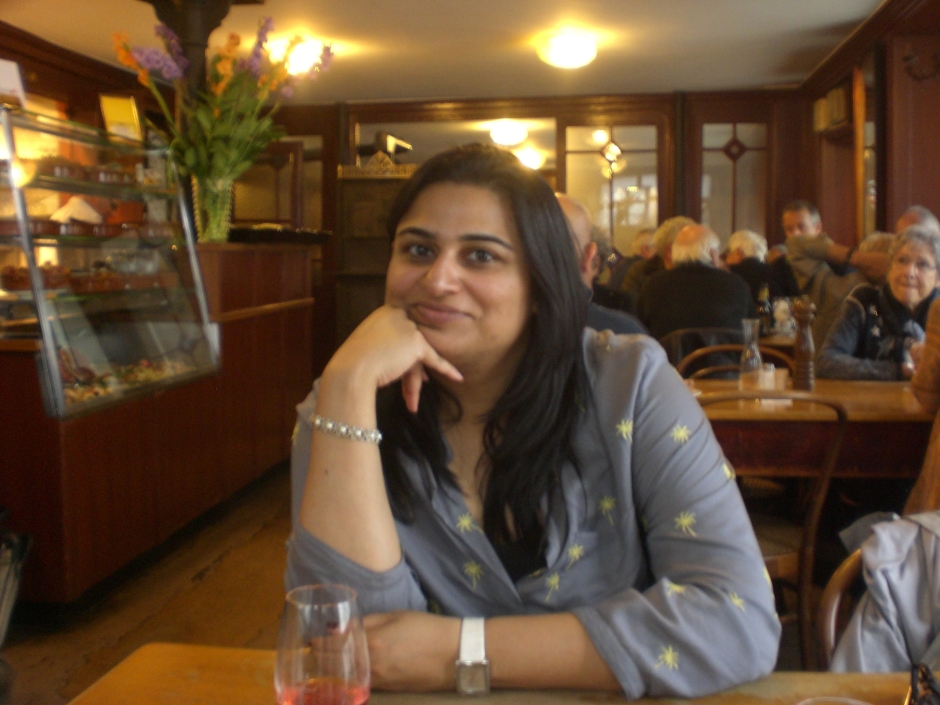 To do otherwise would be to deny an integral part of myself. I write because I must, because of my addiction to the feel of an ink pen between my fingers scribbling word-code onto one blank page after another. To me, writing is an aesthetic pleasure that sets every fibre of my being into vibration, when I’m actually doing it. The other reason I write is to be able to make sense of my own thoughts and feelings, and creatively express them onto the page or screen. Sometimes, just the writing process is a form of catharsis for me, even though my scribbles make no sense.

My last book, Afterlife: Ghost stories from Goa, published by Rupa (2012) is a novel that follows the lives of X generations within a Goan family. At a get-together to celebrate the patriarch’s 75th birthday, there is a powercut that leads organically to the family swapping ghost-stories. Through the process or sharing oral histories, the family history and some secrets are revealed. The structure became an important part of telling the story of the family; I used a frame narrative device to interlink the individual stories. It’s more of a commentary about the social mores of South Goan society, diasporic culture and religious aspects among other things. My intention was to create a story that wasn’t just about ‘ghosts’ but about the things that haunt us emotionally and psychologically.

Excavating words to reveal complex layers of emotion. At least, that’s the aspiration!

END_OF_DOCUMENT_TOKEN_TO_BE_REPLACED 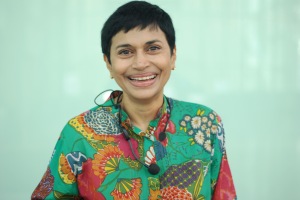 I started writing because someone was willing to pay me to do so. Otherwise I doubt I would’ve had the courage. Most of my first published works were commissioned and some of it ended up in performance. I still get paid, or invited, to write, and I use every such opportunity to say what I really need to say; to share a little of what’s banging and knocking around inside of me – all these questions that won’t go away. It’s still very, very scary, every single time.

I usually have a few things going on at a time, because letting it sit at the back of my head is part of my writing process. Right now there are three active projects: I am working on ‘The Never Mind Girl 2’ because there are still many questions that I need to ask there. Then, there is a children’s picture book that is somewhat dark but important, because it is very real. I’m hoping that the right illustrator will turn up. I am also very excited to be working with several people, including a very talented young musician, on a performance piece of poetry. It astonishes and delights me when I retell other people’s stories on their behalf and they seem happy with it and feel it represents them accurately. Especially as I reshape and tell it from my perspective.

END_OF_DOCUMENT_TOKEN_TO_BE_REPLACED

1984 George Orwell 1949; Pages: 267 The novel that made ‘Orwellian’ synonymous with oppressive regimes that use surveillance […] 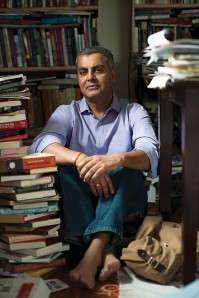 US-based Indian writer Amitava Kumar says, “This is an inadequate list. I wish I had read more of Indian literature in translation. UR Ananthamurthy’s Samskara surely deserves to be on that list, as does OV Vijayan’s The Legends of Khasak. Or a novel by the great Bengali writer Bibhutibhushan Bandopadhyay.

END_OF_DOCUMENT_TOKEN_TO_BE_REPLACED

Adil Jussawalla’s essays and entertainments sparkle with a poet’s insight and an editor’s sweep of knowledge: The Hindu 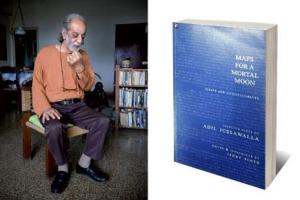 The journalistic obsession with international reputations and publishers’ advances has produced a top-heavy history of India’s literature in English. Such well-remunerated figures as Salman Rushdie, Vikram Seth and Arundhati Roy are in fact exceptions. Once we get away from the bestsellers and prize-winners, Indian English literature turns out to be an embattled, minority literature. It relies for its survival on a small number of publishers and its most original writers are constantly in danger of being forgotten.