And there’s a hand, my trusty fere!
And gie’s a hand o’ thine!
And we’ll tak a right gude-willie waught,
For auld lang syne.

It is that time of the year again when we bid adieu to the old and party to welcome the new. And this year it is not just an old year but the old decade that ends – this new year we start the third decade of the second millennia. With much goodwill, as the poet Burns says, we asked some writers who have featured on our pages to contribute two of their favourite reads from this year and they obliged… A huge thanks to all these fantastic writers who share what their favourite books have been this year. 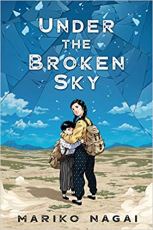 We start with Suzanne Kamata, an award winning writer from Japan, who has been a part of our magazine and the first Best Asian Short Stories in 2017. This is what Suzanne wrote: “One book which particularly impressed me was Under the Broken Sky, a novel-in-verse by Mariko Nagai, about a Japanese girl stranded in Soviet-occupied Manchuria. Although we often hear and read about the atrocities committed by the Japanese Army in Asia, we rarely hear the voices of the innocent bystanders, like children. Nagai manages to distill complicated and difficult events into crystalline free verse. Although this book was written with middle grade readers in mind, I would recommend it to adults as well.

END_OF_DOCUMENT_TOKEN_TO_BE_REPLACED

Like the Sword of Damocles, his domestic troubles hung over his head. There was nothing much he could do about it. It had gone on too long, too deep. He just had to live with it and move around it. He could not give up everything. There was a nagging heaviness in his temples. He knew things were going to take a nasty turn and it might get worse. He had created some arbitrary goals to improve his life, but this one had crashed it all. But still, life had to continue. As they say in showbiz, the show must go on.

He knew it was a bad idea. With all these problems plaguing him, he thought it was inappropriate for him to participate in this event. But then, it was also a lifetime achievement — a success hailed by his kinsmen as the epitome of his checkered life. Akin to a water lily, growing wild amongst the filth of marsh, stench and reptiles infested wetland to glorify the lotus feet of Buddha, it was an achievement enviable to some but yearned by all and privileged to only a few!

The problem, as he understood, was not something that developed overnight. Like a crystal, the lattice had developed over the years slowly but surely to its full wrathful glory. How could he be so dumb? Or was it beyond his control and was decided by the constellations and the genetic predisposition?

END_OF_DOCUMENT_TOKEN_TO_BE_REPLACED

By A. Jessie Michael

The parcel arrived in a postal van and James’ wife, Doris, put it aside for James to return from work and open it. It was an annual ritual — its arrival and his opening of it. This cardboard box measuring one foot by one foot by ten inches, wrapped in brown paper, with colourful stamps all over the top right hand corner and cross-tied with twine, came all the way from Mathagal, James’ home village in the Jaffna peninsula to the North of Sri Lanka, by sea-mail, to Malacca in Malaysia, and it contained his very own piece of home.

Actually, two similar parcels arrived every year, the other one landing at the house of James’ brother Joseph in Singapore.  Joseph, naturally a little sardonic and less nostalgic about the contents, let his wife Lily open the box. Nevertheless he appreciated the efforts put in by their sister in Mathagal for sending them this parcel, with a whiff of their homeland. He made Lily  list each item in the box so that he would not forget them when he got Lily to write his sister a thank you letter in Tamil. His written Tamil was pretty rusty after near fifty years of disuse.

James came home at about 5.00 pm exhausted from office, saw his parcel and instantly his tiredness lifted. He hastily cut through the twine, tore off the brown paper and pried the box open, a boy-like delight showing on his face. A treasure-box of edible memories — fruits of the earth and sea!

END_OF_DOCUMENT_TOKEN_TO_BE_REPLACED

Ted Chiang is an American born Chinese writer , a technical writer in a software company, who has never written a novel, meandered through short stories and novellas and yet won multiple awards for his works. His telling centres around science fiction.

Chiang’s parents migrated from China to Taiwan with their families during the Communist revolution and then to America.

His 1998 novella, Story of my Life, was made into a Hollywood film, Arrival,  in 2002 . Both the review and the movie were given a “10 out of 10” in the Kirkus Review. It’s major themes being language and determinism, the story is spun out by a linguist called Dr Loius Banks who has an unborn child in her womb and faces aliens. The novella has won numerous awards and accolades.

END_OF_DOCUMENT_TOKEN_TO_BE_REPLACED

Nabendu Ghosh was born in Dhaka, raised in Patna, then a part of the Bengal Presidency, moved to Calcutta in 1945. In 1947, India woke up to its ‘tryst with destiny’, but this destiny had two heads, creating a splintered sense of national identity and geographical boundaries. On the eastern side of the country, Bengal was divided not just by a line but also, unnaturally, by language. With Urdu imposed as the national language on a Bengali speaking population, books from West Bengal could not be sold in East Pakistan. By then Nabendu Ghosh was already a prominent voice in Bengali fiction.

In 1951, when Bimal Roy asked him to script movies that would become classics of Hindi cinema – Bandini, Abhimaan, Devdas, Sujata, among others, he moved to Bombay. Though these films were based on stories by other literary greats,  Nabendu Ghosh had already found his footing and the subjects that would preoccupy him in his own stories and novels: the social and political upheavals of the time, famine, Partition, riots, socio-cultural mores, and most significantly, love.

That Bird Called Happiness is a collection of translated stories of Nabendu Ghosh, edited by his daughter Ratnottama Sengupta, a national award-winning journalist, writer and film director. The nine stories in this collection are narratives of a newly formed nation, still nascent in its certainties and assurances, mindful of the social dogmas that were briefly subsumed by the larger ‘ism’ of nationalism. The writer’s stance is bold, reformist; it searches for language in which to explore the newness of thought, of an emerging nation-hood played out in individual lives, as in “The Path” and in social groupings as in “Full Circle”.

END_OF_DOCUMENT_TOKEN_TO_BE_REPLACED

(From Literary Hub. Link to the complete article given below) In 2017, the year of Donald Trump’s inauguration, […]

Kamila Shamsie won the Women’s Prize for Fiction (2018), for her novel Home Fire – also long listed for the Booker Prize in 2017 – an extraordinary book that serves as a reminder of the times in which we live. Her other books include In the City by the Sea (shortlisted for the John Llewellyn Rhys Prize), Salt and Saffron that won her a place on Orange’s ‘21 Writers for the 21st Century’, Kartography, Broken Verses, Burnt Shadows (shortlisted for the Orange Prize for Fiction), and A God in Every Stone.  She was one of the five judges for the Golden Man Booker winner and is one of the three judges for The Sunday Times Young Writer of the Year Award, 2018. 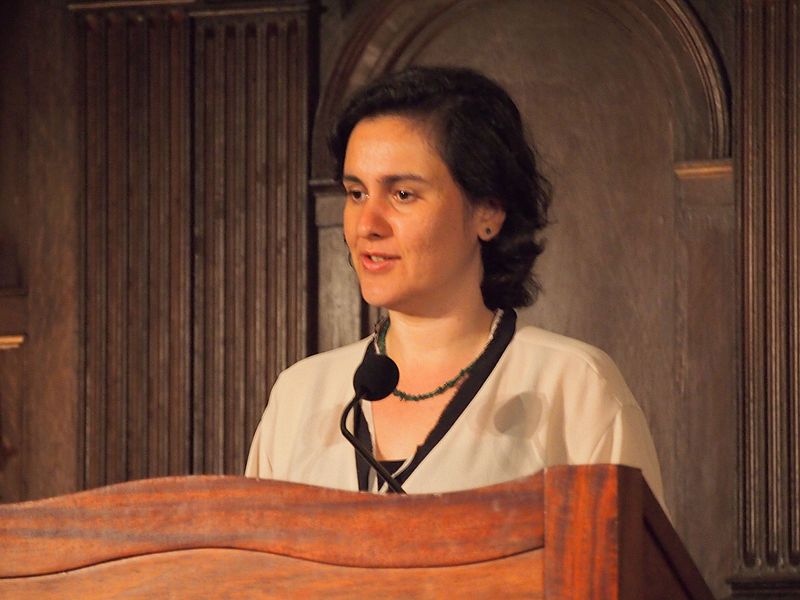 Kamila, welcome to Kitaab! Congratulations on winning the Women’s Prize for Fiction.

Sucharita: Antigone sets up a conflict that ruptures a family and raises complex ethical questions related to the personal and the state, family and identity. When you decided to write Home Fire, what was the immediate trigger to turn to Greek Tragedy and to this particular text?

Kamila: Sometimes the best ideas come from other people.  In this case, it was Jatinder Verma, the artistic director of Tara Arts in London who suggested to me that Antigone could work very well in a contemporary setting. That made me go back to the text, and as soon as I started reading it I saw how directly it spoke to our contemporary times.

Sucharita: Home Fire is a political story firmly rooted in the age of global terror and what it does to individuals and families. It is also about the difficulty of moral certitude in an age of deepening schisms, most evident in Karamat Lone, making him perhaps the most conflicted character in the book, dealing with much more, it seems, than Eamonn or Aneeka – a complex, modern adaptation of Creon’s character in Antigone. The moral burden is terrifying and rests squarely on his shoulders. What led to this positioning of the book’s moral complexity?

Kamila: I’m always interested in the ways in which different readers respond to the characters in the novel. Some see Karamat as shouldering a moral burden; others see him as acting out of political expediency with no interest in the moral questions. I prefer not to interpret the characters and get in the way of readers’ freedom to do so. So all I’ll say is that Karamat and Isma are the two characters who really inhabit the world of adulthood with all its messy complications and contradictions.

Sucharita: At the time of writing the book, the idea of a Tory from a Muslim immigrant, working class family as the country’s Home Secretary would have seemed unbelievable. In fact, you thought it to be ‘ridiculous’. Eventually, when Sajid Javid became Britain’s Home Secretary, how did the writer in you respond? What does prescience mean to a writer?

Kamila: I would love to claim prescience, but the truth is, my first instinct was, as you say, that the idea of such a Home Secretary would be ridiculous, but then I thought a little harder about it and considered the fact that Britain had three prominent up-and-coming politicians from Muslim backgrounds: Sajid Javid, Sadiq Khan and Sayeeda Warsi. One or two is an aberration; three suggests that something has shifted in the political culture. That’s why I was able to create Karamat Lone – because I started to see that actually a Home Secretary from a Muslim background was possible. But it also seemed to me that Muslimness would be something he or she would have to find a way to negotiate around, possibly by creating distance from it.  So what I’ll say about prescience is that actually it’s just paying attention to the currents around us and guessing what’ll happen if you move things forward just one step.

END_OF_DOCUMENT_TOKEN_TO_BE_REPLACED

(From The Paris Review. Link to the complete article given below) The first time my parents read my […]

… Even if you haven’t read the book (or read about the book), this female character should be […]